First and foremost, a writer 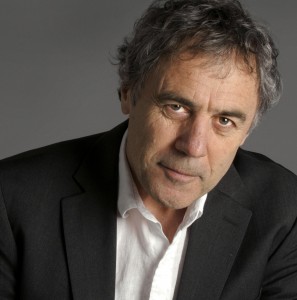 The West Coast Book Prize Society is proud to recognize Alan Twigg as the recipient of the 13th annual Lieutenant Governor’s Award for Literary Excellence.

ALAN TWIGG is first and foremost a writer. He has written most of every issue of B.C. BookWorld since 1987. The Canadian Centre for Studies in Publishing has identified his newspaper as “the most essential cog in the infrastructure” that supports BC writing and publishing. Since 2001, he has written the vast majority of entries for 11,250 BC authors on the ABCBookWorld reference site – the Wikipedia of BC literature – that is hosted by SFU Library. It receives more than 4,000 visitors per day. He now generates nearly all of the content for the new BCBookLook omnibus site, and he created all 200 entries for the new Literary Map of BC. This map site contains enough original material for nine books.

Along the way, he has been a documentary filmmaker, theatre critic, musician, editorial-page columnist for The Province, library trustee, television host, charity fundraiser, and an organizer for countless events. His 18th book, Two Lives: An Investigation of Goodness, will be an appreciation of a Canadian doctor who has overseen a remote epilepsy clinic in central Tanzania for more than fifty years (Dr. Louise Jilek-Aall) and the longest-serving democratically elected leader in history (George Price, founder of Belize). Alan Twigg has received numerous awards, including the Order of Canada in 2014.

“As the founder, publisher, editor and principal writer of B.C. BookWorld, Alan Twigg has been the tireless champion of the BC writing and publishing community for almost forty years, but most people are not aware that he also volunteered his services to act as co-founder of the BC Book Prizes in 1985 and as the primary organizer and implementer of nearly every major literary award presented in this province. Most recently he created a public database of over 11,000 BC authors and is completing a literary map of BC that pinpoints 200 significant locations pertaining to 150 BC authors. At the same time he has carved out a distinguished career as a film maker, freelance journalist and columnist for major Canadian newspapers and authored seventeen books on a variety of topics including history, biography, memoir and poetry. In selecting Alan Twigg for this award, we are delighted to recognize both his literary contributions and the constant nourishment he has provided for so many years to this province’s literary community.” – Lieutenant Governor’s Award for Literary Excellence jury

The jury for this year’s Lieutenant Governor’s Award for Literary Excellence was: Betty Keller, teacher, mentor, editor, and writer, and 2015 recipient of the Lieutenant Governor’s Award for Literary Excellence; Peter Darbyshire, author and editor for The Province newspaper; and, Barbara Pope, co-owner of The Mulberry Bush Book Stores in Parksville and Qualicum Beach.

This prize was established in 2003 by former Lieutenant Governor, the Honourable Iona Campagnolo, to recognize British Columbia writers who have contributed to the development of literary excellence in the province. The recipient receives a cash award of $5,000 and a commemorative certificate. The 2015 recipient was Betty Keller.

Gregor Craigie of CBC Radio (On The Island) will host the 2016 Lieutenant Governor’s BC Book Prizes Gala.

9 Responses to “First and foremost, a writer”