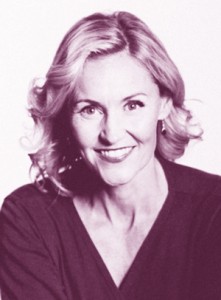 Katherine Fawcett started her career as a sports reporter before venturing into freelance journalism and commercial writing. After becoming a mother and turning forty, Fawcett turned her hand to fiction with her first collection of dark and comical stories, The Little Washer of Sorrows (Thistledown, 2015), in which bizarre or rare occurrences upset the status quo. Margo, the protagonist of the opening story “Captcha,” is a perfect wife—both a mathematical genius and Kokanee beer model. After dutifully sending her husband Pete off to work, she finds Pete’s filing cabinet unlocked. She cannot resist her curiosity and makes a life-changing discovery. The title story, “The Little Washer of Sorrows,” evokes a world of freaks, fables, and folklore. Greg, the protagonist, is convinced that the assistant estate manager at a bankruptcy office, green-eyed Fiona, is an Irish banshee–a mythological fairy who has appeared as a prophet of doom, washing the dirty laundry of a person whose demise is approaching. In a less audacious story, “Johnny Longsword’s Third Option,” we meet a male stripper who sits impatiently in a mysterious waiting room, reflecting on his past. The threat of something sinister lingers beneath the surface in many of Fawcett’s stories. Fawcett was longlisted for the 2011 CBC Short Story Prize and the 2014 Carter V. Cooper/Exile Short Fiction Competition. She has published in Wordworks, Event, Freefall, subTerrain and Other Voices. Born in Montreal, raised in Calgary, she lives in Pemberton and teaches music in Whistler. She plays violin with the Sea to Sky Orchestra and also the fiddle. Katherine Fawcett lived in Japan before coming to B.C.