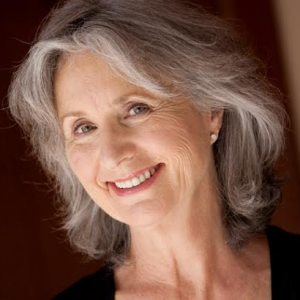 Diana Stevan has just published her second novel, The Rubber Fence (Island House Publishing). The Rubber Fence is a work of psychological fiction in which the upheaval of tradition was in full swing at the beginning of the 1970s. The protagonist, Dr. Joanna Bereza, wants to have it all: a career, a loving marriage, and a family, but her passion to do what’s right sets her against a system that’s as stuck as the people it treats. When she becomes obsessed with the treatment of two women, Joanna begins to neglect her husband and in trying to prevent her patients from getting shock treatment she puts her career in jeopardy. This psychiatric intern must also deal with a seductive senior resident and her own unresolved grief over her own childhood trauma. The Rubber Fence was inspired by the author’s experience as a family therapist on a psychiatric ward.

Another recent addition to Stevan’s corpus is her coming-of-age novelette The Blue Nightgown (Island House Publishing).  When a blue nightgown is discovered in a tenant’s trash by the landlady, Anna, she discovers how arousing the lingerie can be. It’s soon realized that this nightgown has the same effect on anyone who comes in contact with it, including Anna’s teen-age daughter.

The Rubber Fence is available at Chapters/Indigo for $19.50 and on Amazon for $19.62 or at bookstores in Courtenay and Campbell River for $19.95.

Diana Stevan took many detours to get to the writing phase of her life. She married at 19, and shortly after, received a Bachelor of Science in Home Economics and a Master of Social Work, both with honors, from the University of Manitoba. She moved to B.C. in 1979 with her husband and two children. As a clinical social worker, Diana spent over twenty-five years in the field, working in a variety of settings—psychiatric, child guidance, cancer agency, and private practice. She’s also worked as a professional model, actress and a sports writer-broadcaster for CBC television. Writing has been her passion, even though it was relegated to the back seat while she was helping to support her family. She’s published fitness and travel articles for newspapers, poetry in the U.K. journal, Dreamcatcher and a short story in Escape, an anthology.