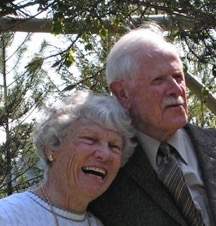 At 97, H. Barry Cotton has gathered almost a century’s worth of wisdom for a collection of mostly political poetry, Rhymes for the Times, Rants in Iambic Pentameter (Friesen Press, 2015), as an outgrowth of his freelance contributions to the Gulf Islands Driftwood and the Island Tides newspapers. With both humour and outrage, he skewers the growing tide of neo-conservatism that has emboldened Canada’s federal government in recent times. Cotton simultaneously draws strength and inspiration from the natural beauty of British Columbia. Released in June of 2015, the collection is subtitled ‘Politically Motivated Poems from the Last Two Years’. As a retired BC Land Surveyor, Barry Cotton previously provided an excellent introductory article on mapmaker and explorer David Thompson called ‘In Search of David Thompson: A Study in Bibliography’, in BC Historical News, Vol. 37, No. 4, Fall 2005. He also self-published a treatise on B.C.’s early civil engineers and land surveyors from his Saltspring Island home in 1994. He lives in Vancouver with his wife Daphne Tobler [wedding photo above]. They spend as much time as they can in their log cabin in the southern Chilcotin area of BC. Rhymes for the Times /Amazon: Kindle $2.99; hardcover $33.02; paperback $15.17