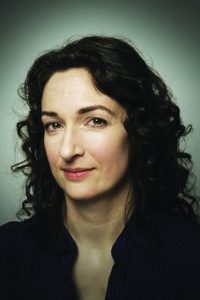 Two sets of sisters, four different personalities and difficult sibling dynamics set the stage for Annabel Lyon’s upcoming novel Consent (Penguin Random House $25.95) due out this Autumn. In each family, one of the sisters is suddenly thrust into a caretaker role for the other sibling.

Saskia and Jenny are twins that look alike but are different in their interests. A diligent grad student with her focus on academic subjects, Saskia’s life path sharply diverges from the narcissistic Jenny, an interior designer who seeks thrills and frivolity. Then Jenny is badly injured in an accident and Saskia must drop her academic studies to look after her.

Sara and Mattie have other problems. The younger Mattie is sweetly affectionate and intellectually disabled. Sara leaves home as soon as she is able to seek a life of fine wine, expensive perfume and designer clothing. But when their wealthy mother dies, Sara returns to the family home to find that Mattie has wed the handyman, Robert. Sara soon dispatches with Robert despite Mattie being happily married to him. Now Mattie lands in Sara’s care and she reluctantly becomes her sister’s keeper. But Robert won’t stay away and when he returns, another tragedy happens. The after effects of these events bring Sara and Saskia together in a tangled web.

Ultimately, Lyon’s story examines the complexities of familial duty and the guilt, resentment and regret that can come with love. 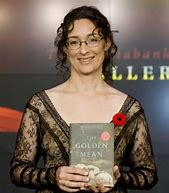 Annabel Lyon at the Giller Prizes.

Annabel Lyons’s first novel, The Golden Mean (Random House 2009) was nominated for three of the top Canadian awards for English fiction: the Governor General’s Award, the Giller Prize and the Rogers Writers’ Trust Fiction Prize. She won the latter.

This novel imagines the friendship and bond between Aristotle and Alexander the Great, as narrated by Aristotle. As the novel opens, Aristotle must postpone his dream of succeeding Plato at the Academy in Athens when he is forced to tutor Alexander, a prince of Macedon.

The Golden Mean was also a finalist for the Commonwealth Writers’ Prize for Best Book (Canada and Caribbean), the Amazon.ca/Books in Canada First Novel Award, the Ethel Wilson Fiction Prize and two Canadian Booksellers Association Libris Awards — for Fiction Book of the Year and Author of the Year. That same year, Hello! Canada magazine named Lyon as one of their Women of the Year. The book led to Lyon’s 64-page essay “Imagining Ancient Women” in which she discusses sifting through historical sources to write an historical novel. Lyon has several other short story collections, novellas and novels.

Lyon majored in philosophy as an undergraduate at Simon Fraser University, with minors in French and English literature, graduating in 1994. She credits her father, Sun journalist Jim Lyon, and her philosophy professor Donald Todd, as positive influences in her path to becoming a writer.