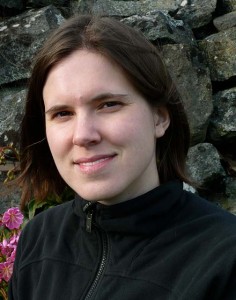 One of the benefits of book awards, beyond serving as a good excuse for writers and supportive book folks to break bread, is they can introduce emerging authors such as Laura Trunkey who first received a Social Work degree before veering towards her MFA in Creative Writing through UBC’s Optional Residency program.  After graduating with a degree in social work, she was employed at a shelter for homeless youth and worked with children who have special needs at Tillicum Elementary. A writing class from Lorna Jackson was a major catalyst along the way to becoming a freelance editor and an Artistic Associate of the Victoria Festival of Authors. She has written a children’s novel, The Incredibly Ordinary Danny Chandelier (Annick 2008) and had stories appear in Darwin’s Bastards: Astounding Tales from Tomorrow (D&M, 2010) and Pennies in My Pocket: Stories of My Brother (Brindle & Glass 2012). The appearance of her first short fiction collection, Double Dutch (House of Anansi $19.95) hasn’t made her a household name yet either. But now the Victoria resident, who grew up in the Fairfield neighborhood, has been shortlisted for the $5,000 City of Victoria Butler Book Prize for Greater Victoria authors. Appropriately dubbed as weird and wonderful, Trunkey’s stories can delve into bizarre storylines: An elephant named Topsy is killed on Coney Island by Thomas Edison in 1903. Ronald Reagan’s body double falls in love with the first lady. A single mother believes her toddler is the reincarnation of a terrorist. A man grieves for his wife after a bear takes over her body. But other stories can be touching and realistic: A young deaf girl visits Niagara Falls before she goes blind.  9781770898776