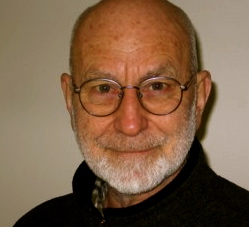 Ray Grigg, author of numerous internationally sold books on Eastern philosophy, and an environmental columnist who wrote a weekly Shades of Green article in Campbell River and Courtenay newspapers for many years, has published a three-volume collection of the most important and durable of these pieces.

Each volume of The EcoTrilogy is comprised of 64 essays selected from over 750 that appeared in newspapers, magazines and online between 2000 and 2016. All selections have been updated, expanded, deepened and footnoted to befit their new incarnation in book form.

The total of 192 chosen columns invited additional attention and thought because they seemed relevant beyond the occasion of their writing. When read in their entirety, they are a comprehensive and realistic analysis of our present environmental situation.

Individually, they fit into three loose categories: philosophical, psychological and biophysical, becoming, respectively, the volumes of The EcoTrilogy series: Ecologos, Ecopathy and Ecocide.

Ecologos explores the pervasive cultural values underlying our individual and collective behaviour, those powerfully motivating forces—often functioning below our immediate awareness—that comprise the essential milieu in which we feel, think and act.

Ecopathy is a survey of this behaviour from a closer perspective, documenting the ways in which we frequently subvert our best interests by inflicting egregious damage on our planet’s ecosystems.

And Ecocide provides specific examples of the inevitable consequences when our culture expresses these destructive philosophical and psychological attributes.

Copies can be ordered by going to www.raygrigg.com.
*
Ray Grigg (b. 1938) is a Taoist scholar who has travelled in forty countries, eventually settling on Quadra Island at Quathiaski Cove. Published in the U.S. by Humanics Limited, a New Age press in Atlanta, Georgia, his three adaptations of Lao Tzu’s Te Ching are The Tao of Relationships, The Two of Being and The Tao of Sailing, all illustrated by Victoria-born William Gaetz. He later self-published The Sage’s Way: Teachings & Commentaries (Trafford Publishing, 2005), a summation of “everything I have learned about Eastern philosophy after more than 40 years of serious thought and study.” He envisioned this work as the Eastern philosophical equivalent of Kahlil Gibran’s The Prophet.