Ecopoetics of a Shepherd 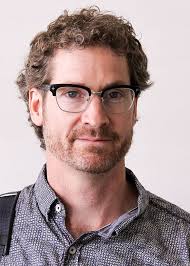 Kelly Shepherd wrote five poetry chapbooks prior to Shift (Thistledown 2016), a collection of poems in which he explores human relationships with the natural world including connection, alienation, and the intersections of ecology and industry. The natural world dominates the themes but the poems also reflect the many meanings of the title including a shift in point of view, physically moving or shifting position, and transformation. Shift, we are told, “rings with the energy of ecopoetics, where human encounters with nature become transformational, and the many meanings of the title are explored.” Shepherd is from Smithers, B.C. He lives and teaches in Edmonton, Alberta. His writing has been published in The Goose, Geist, and The Coastal Spectator.