Dyed in the Greenery 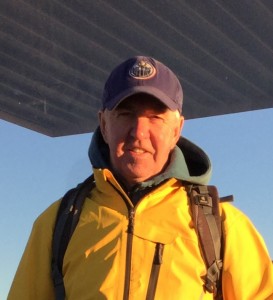 E. George Mercer of North Saanich was born on May 1, 1957 at Gander, Newfoundland. He came to B.C. in 2004. For more than three decades he worked as a national park warden in Canada, including work in six national parks on both east and west coasts, the North and the Rocky Mountains. His passionate interest in parks and protected areas fuels his writing. He has a website for non-fiction writing and another for fiction. His first self-published novel, Dyed in the Green (2014), is part of a planned five-book series about Canadian national park wardens and their exploits with poachers, developers and bureaucrats. Initially set in Cape Breton Highlands National Park, this “Dyed In The Green” series will follow a main character across Canada. The sequel is slated to be set in Wood Buffalo National Park (northern Alberta and the NWT) and the third and fourth books will alternate between Jasper National Park and an African national park. He envisions his series will conclude in British Columbia’s Southern Gulf Islands.