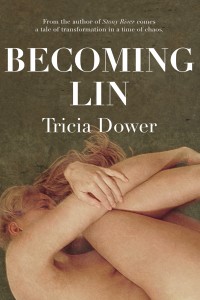 The new year has yet to come, and already the spring crop is showing promise.

Tricia Dower’s Becoming Lin (Caitlin 2016), beginning in 1965, will be mainly set in Minnesota against the backdrop of the turbulent ‘Sixties’ that gave rise to the civil rights movement, resistance to the Vietnam War, the push for equal rights for women and the unraveling of the traditional marital contract. Twenty-two-year-old Linda Wise despairs of escaping her overprotective parents and her hometown where far too many know she was sexually assaulted as a teenager. Deliverance arrives in the form of marriage to the charismatic, twenty-six-year-old Ronald Brunson, a newly ordained Methodist minister who ignites in her a dormant passion for social justice. Ron tells her war and racial discrimination are symptoms of the “moral rot” destroying the country, conjuring up something dark and rancid in her mind, thrilling in its wickedness. He sweeps her away from New Jersey to serve with him at a church in a speck-on-the-map prairie town in Minnesota. The constraints of marriage do not always sit well with her evolving sense of self. Born in Rahway, New Jersey, Tricia Dower has lived in Canada since 1981. A graduate of Gettysburg College with a degree in English literature, she’s taught school and worked in marketing, advertising, human resources and corporate communications in Georgia, New Jersey, Minnesota, Illinois and Ontario. She now makes her home in Brentwood Bay, near Victoria. Dower left her position as an executive in the financial services industry in 2002, hoping to reinvent herself as a writer.

Her first book, Silent Girl (Inanna 2008) is a collection of stories inspired by female characters in Shakespeare’s The Tempest, Pericles, The Taming of the Shrew, The Winter’s Tale, Othello, Hamlet, Twelfth Night and Coriolanus. Set in twentieth and twenty-first century Canada, Kyrgyzstan, Thailand, and the United States, the stories portray girls and women dealing with a range of contemporary issues such as racism, social isolation, sexual slavery, kidnapping, violence, family dynamics, and the fluid boundaries of gender. The novella-length allegory that closes the book, “The Snow People: 30-46 AGM” is set on Vancouver Island in a future in which environmental degradation has spawned fear and oppression. Silent Girl (Inanna 2008), was long-listed for the Frank O’Connor Award.

Dower’s first novel, Stony River (Penguin 2012), set in a town called Stony River, New Jersey in 1955, shows how perilous the so-called innocent Fifties could be for children and teens. Or, as she puts it, “It wasn’t all poodle skirts and rock ‘n’ roll.” The threat of violence could be omnipresent against a backdrop of absent mothers, controlling-fathers, biblical injunctions, teenaged longing and small-town pretence. According to publicity materials, “On a sweltering June afternoon, Linda Wise and Tereza Dobra witness a disturbing scene. A pale, pretty girl who looks about their age is taken from Crazy Haggerty’s house by two uniformed policemen. Every one in Stony River thought Crazy Haggerty lived alone. The pale, pretty girl is about to enter an alien world. Tereza and Linda try to make sense of what they’ve seen, unaware their own lives will soon be shattered.” The Fifties could also be an era of, “angry fathers at home, dirty boys in the neighborhood, strange men in strange cars, a dead girl and another gone missing…” Stony River was shortlisted for the Canadian Authors Association Fiction Award.