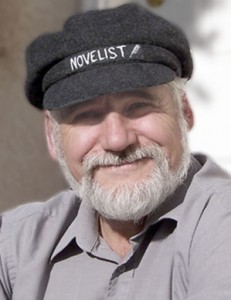 Winnipeg-born David Korinetz of Naramata was raised on a diet of comic books, Edgar Rice Burrows novels and Lord Of The Rings. He now doubles as the owner and operator of Red Tuque Books, a distribution and marketing service for independent authors. He has released the fourth novel in his fantasy series, Chronicles of the Daemon Knights, a series that began with an untried knight hoping to liberate a race of Firedrakes from an evil sorceress. In the latest installment, Warlock (Red Tuque $16.95), newlywed and newly pregnant Empress Magdalen feels duty-bound to undertake an arduous journey to liberate Crystal City, under siege. 9780978382438