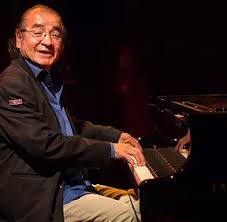 “When I was growing up,” writes acclaimed Cree playwright Thomson Highway in his remarkable prologue to From Oral to Written: A Celebration of Indigenous Literature in Canada, 1980-2010 (Talon $29.95), “the nearest centre of white civilization, so to speak, was Lynn Lake, a mining town seventy-six miles to the south as the crow flies. There being no road, one had to fly there, by bush plane with its pontoons in summer, its skis in winter. To us children, Lynn Lake with its population of some three thousand white people was the Emerald City: New York or Paris! All by way of saying that Indigenous languages on reserves like Brochet [pronounced Bro-shay, where he grew up on the Barren Lands First Nation in northern Manitoba] remain intact. To this day, there are people up there—my godmother, aunts, uncles, cousins—who speak no English. My mother didn’t speak it.” To this day Highway writes his plays in Cree. His overview of Indigenous Lit highlights most of the best-known works over four decades of growth until 2010; with notables from B.C. including Lee Maracle, Jeannette Armstrong, Taiaike Alfred, Joanne Arnott, Marie Clements, George Clutesi, Garry Gottfriedson, Vera Manuel, Eden Robinson, Harry Robinson, Gregory Scofield and Richard Wagamese. In the past decade indigenous literature has exploded. For a more comprehensive reckoning, you can find information pertaining to 252 indigenous authors in British Columbia alone by visiting the ABCBookWorld reference site. 978-1-77201-116-6