Coyote to the rescue 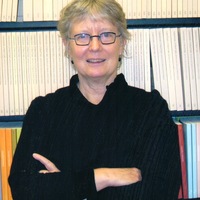 Margery Fee’s Literary Land Claims: The “Indian Land Question” from Pontiac’s War to Attawapiskat (Wilfrid Laurier University Press $29.24) examines how land ownership figures in the work of both Indigenous and non-Indigenous people, including John Richardson, E. Pauline Johnson, Archibald Belaney (Grey Owl), Louis Riel and Harry Robinson. Her survey from 1832 to the late 1970s includes John Richardson’s novels about Pontiac’s War and the War of 1812, fiction which incorporates the impact of broken British promises to indigenous nations. She concludes with Okanagan storyteller Harry Robinson’s storytelling in which the inability and unwillingness of new settlers to share the land forces Coyote to make a deal with the King of England. Fee maintains the myth of “savage Indians” requiring “civilized Canadians” to develop land persists despite the apparent advances made by the Idle No More movement and the Indian Residential School Truth and Reconciliation Commission. 978-1-77112-119-4