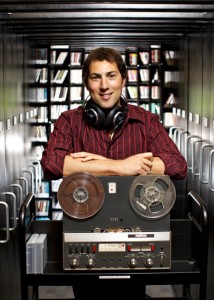 The public is invited to join CBC host Sheryl MacKay and historian Robert “Lucky” Budd for the launch of Budd’s second collection of classic B.C. stories collected by archivist Imbert Orchard at the Book Warehouse at 4118 Main Street in Vancouver on Wednesday, December 3rd at 7 pm. After Imbert Orchard moved from England to B.C. in the aftermath of the Second World War, CBC hired him as a regional editor for television scripts in Vancouver. He later began producing documentary history programs for CBC Radio. Before he died in 1991, Orchard donated his invaluable archive of B.C. history recordings to the B.C. Archives, mostly gleaned from his travels around B.C. with recording engineer Ian Stephen between 1959 and 1966. The pair recorded some 998 conversations, mainly with pioneering British Columbians, totalling 2,700 hours of material. With an MA in history, Robert Budd of Victoria has scoured through Orchard’s invaluable collection of recordings to prepare Voices of British Columbia: Stories from our Frontier (D&M 2010) and now Echoes of British Columbia: Voices from the Frontier (Harbour 2014). The books combine archival photos and sound recordings on DVDs to represent one of the largest oral history collections in the world.

The audiotapes Orchard collected and preserved describe both extraordinary events and everyday experiences but they have remained largely unknown to the general public. Combining text, archival photographs and the original sound recordings from the CBC Archives onto three cds, Voices of British Columbia first presented 24 stories from this collection about life in the early 20th century.  Orchard interviewed the likes Sarah Glassey, a spirited homesteader who carried a rifle and bagged more birds than any man in the Kispiox Valley,and Bill LaChance, the sole survivor of the 1910 Glacier Snowslide.

Voices from the Frontier is equally rich in both history and nostalgia. By turns sad, contemplative, insightful and funny, these stories reveal as much about the spirit and resilience of people as they do about the history of the province.

One Response to “Cherry picking from Orchard”