This month Esi Edugyan has appeared on the cover of B.C.  BookWorld for a second time–a rare occurrence (Eden Robinson, Alice Munro and Douglas Coupland have also been featured twice in 31 years).

We are very glad Esi Edugyan has won her second Giller Prize–only two others have done so.

But each year we encounter Giller Prize hype, we look askance at how easily prestige can be bought with money. A rich man created the Giller Prize and everyone, particularly in the Toronto area, quickly genuflected towards glitz and big cash, CBC brass included.

Canada’s 83rd Governor General’s Literary Awards are now overshadowed in the process. Tradition and history are less venerable now. It doesn’t help that the bilingual pie of G.G. publicity each year must be cut into fourteen winning books.

Here, then, is some counter-culture hype about the national prizes that are more than eighty years old, by Andrew David Irvine who teaches at the University of British Columbia, Okanagan. On November 27, The Governor General’s Literary Awards of Canada: A Bibliography / Les Prix littéraires du Gouverneur général du Canada by Andrew Irvine, Edmond Rivère and Stephanie Tolman will be available in both English and French from the University of Ottawa Press, the oldest francophone university press in Canada and the only bilingual university publisher in North America.

Looking back at the GG Awards

Established in 1936 by the Canadian Authors Association, Canada’s Governor General’s Literary Awards have a storied past. In 1968, Leonard Cohen turned down an award for his book, Selected Poems. At a party following the ceremony, an angry Mordecai Richler brusquely took him aside, saying “C’mere, I want to talk to you.”

As Cohen’s biographer, Ira Nadel, reports, Cohen was taken aback. When Richler asked him why he had declined the award, the only thing Cohen could think to say was “I don’t know.”

“Any other answer and I would have punched you in the nose,” Richler replied.

A year later, when Charlottetown poet Milton Acorn failed to win for I’ve Tasted My Blood, his fellow poets were so annoyed they created a new award especially for him. At Grossman’s Tavern in downtown Toronto, they presented him with the first and only People’s Poet medallion. When Acorn’s later book, The Island Means Minago, won a Governor General’s award in 1975, Acorn wore the medallion to Rideau Hall the day of the ceremony.

Summing up the sentiment of the day, Garneau announced that he was turning his back on the GGs “Parce que la reine d’Angleterre, mon cul!”

Forgotten in the midst of all this turmoil was the fact that, at the time the awards were established, the CAA had tried hard to ensure that they would be given for books in both French and English.

Twice the CAA had approached its sister organization, the Société des écrivains canadiens, hoping that together the two organizations would be able to introduce a program of bilingual awards. Unfortunately, the temper of the times was against them and the offer was declined.

One might worry that controversies like these have the potential to tarnish the reputation of the awards. But as James English has noted of the Man Booker Prize, “Far from posing a threat to the prize’s efficacy as an instrument of the cultural economy, scandal is its lifeblood; far from constituting a critique, indignant commentary about the prize is an index of its normal and proper functioning.”

The same can be said of literary awards quite generally. Controversy provokes discussion. Discussion leads to greater understanding. Greater understanding brings about a better, more informed appreciation of a country’s literature and people.

Today, the Governor General’s Literary Awards remain Canada’s premier literary prize. Like the Pulitzer Prize south of the border, the GGs recognize creative excellence in a variety of categories. In 1936, the first year of the awards, two books received recognition from Canada’s then-Governor General, the world-famous British author, John Buchan.

Today there are fourteen categories of awards, seven in each of Canada’s two official languages.

Over the decades, the awards have recognized books for both adults and children. They have honored many of Canada’s best novelists, playwrights, non-fiction authors, poets, translators, and book illustrators. 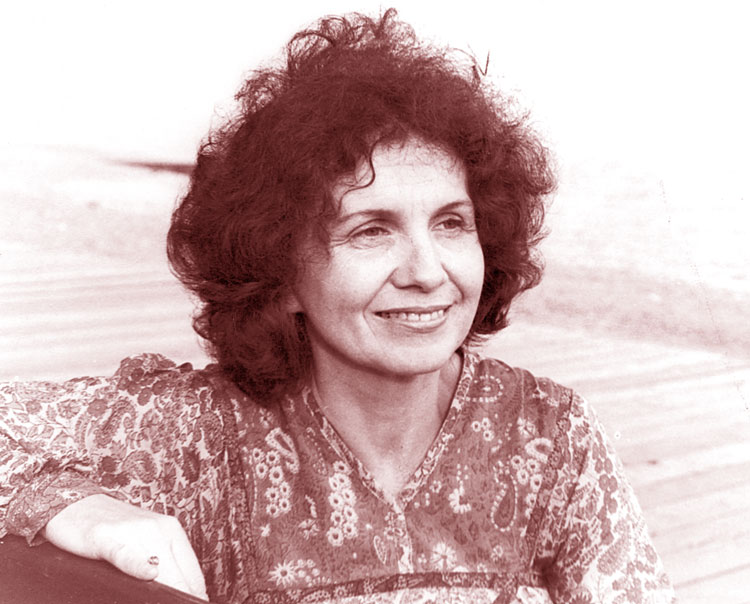 Alice Munro, circa 1978, won the G.G. English fiction award three times prior to her Nobel Prize.

Before winning the Nobel Prize for Literature in 2013, Alice Munro won the Governor General’s Literary Award for fiction three times, in 1968, 1978 and 1986.

Perhaps partly as a result of their sometimes-contentious past, until this year the awards have not been carefully chronicled. Official announcements of award-winning books have often contained errors. To give just one small example, in 2016 the press release announcing the awards stated that His Excellency the Governor General “will honour 14 laureates” in the seven English and seven French book categories being recognized that year.

Although there were indeed fourteen categories of awards in 2016, since each of the two illustrated-book awards was shared between the book’s author and illustrator, there were sixteen laureates that year, not fourteen.

There is nothing special or unique about this error. Anomalies of this sort are an inevitable part of any archival record of significant size. Official records and announcements, merely by being official, bring with them no ironclad guarantee of accuracy.

Instead, it is the historical record as a whole, rather than any single document, whether official or unofficial, that needs to be consulted before coming to a decision about even the most mundane of details. In each case, conflicting evidence needs to be weighed, contradictory announcements need to be evaluated, incomplete accounts need to be reconstructed.

The Governor General’s Literary Awards of Canada: A Bibliography aims to correct these errors. It differs from previous lists of award-winning titles in several ways. It includes five award-winning books, from 1948, 1963, 1965 and 1984 (three in English, two in French) that have inadvertently been omitted from previous lists, as well as a full list of declined awards. It also arranges award-winning titles into historically correct award categories, no small challenge given that these categories have been revised numerous times over the past eight decades.

Of the five titles inadvertently omitted from previous bibliographies, four are from multi-volume works in which multiple titles – but sometimes not the full series – have won awards. Previous lists have typically mentioned only a single title, leaving readers with the mistaken impression that only a single book received an award. The fifth is the first and only book to have received a Governor General’s citation, an award option that existed for three years but that was used only once.

The inaccurate reporting of award categories has also led to the circulation of numerous unreliable lists claiming, for example, that dramatic works were eligible for awards in a “Poetry or Drama” category as early as 1936. In fact, no dramatic work was eligible for consideration until 1959.

Not only can this be seen from the press releases announcing each year’s winners prior to 1959, the CAA clearly explained its reasoning behind its decision not to have a category focusing on dramatic works: “The question may arise as to the omission of dramatic works from the Board’s awards. This is due to no oversight. The Board has rightly taken the stand that the text of a dramatic work, though physically in the form of a book, is outside the scope of the Awards, since the real publication of any play lies in its stage, or radio, production.”

Although some of the association’s members believed drama to be an important literary genre worthy of recognition, the majority thought that good theatre could be evaluated only through performance and that no book or script could rise to the level of a live or recorded performance.

As long as the CAA administered the awards, it was this view that prevailed. Awards for drama were not introduced until the Canada Council for the Arts took over the administration of the awards in 1959. To represent the historical record otherwise is to make a mistake of significant proportions.

As a careful counting will show, all of these announcements were made in error. Each was off by a year. The 80th award year, for example, was in fact 2015, not 2016, and the ceremony honoring the actual 80th award-year laureates went unnoted.

This year’s fourteen winning books, and sixteen laureates, will be honored in Ottawa on November 28.