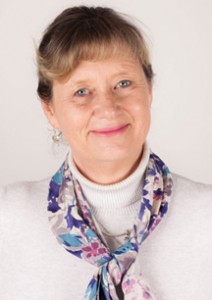 Having been born and raised in England, where she was taught how to sail on the River Thames by the Royal Navy, Amanda Spottiswoode of Salt Spring Island has transformed her yearly sailing adventures along the West Coast aboard her 34-foot wooden sloop, South Islander, into a children’s book partially inspired by the nefarious shyster and self-proclaimed religious mystic The Brother, XII who built a cult-based colony at DeCourcey Island and Cedar-by-the-Sea. Illustrated by Molly March, Spottiswoode’s playful Brother XII’s Treasure  (Heritage 2015) also appears to be inspired by M. Wylie Blanchet’s coastal classic, The Curve of Time. In Spottiswoode’s tale for pre-teen readers, we meet seven children from English boarding schools who embark on a sailing adventure in 1936. Hearing about the transplanted English eccentric Edward Arthur Wilson (who became a cruel theosophical leader in partnership with his mistress known as Madame Zee), they search for buried treasure that was supposedly left behind when Wilson, aka The Brother XII, hastily disappeared, one step ahead of the law. $12.95 9781772030716