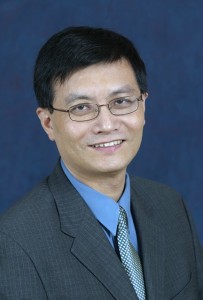 A journalist since 1990, Ding Guo has contributed to World Economic Review magazine, China Times Weekly, World Journal, Asian Weekly and Ming Pao Monthly. He also worked as a commentator for political programs on Shanghai Eastern Radio, Talentvision TV and CBC Radio and has been a producer and commentator on OMNI BC since 2003. He has received several awards, including the Queen Elizabeth II Diamond Jubilee Medal and the Jack Webster Award for journalism. With David Lai he has co-authored Great Fortune Dream: The Struggles and Triumphs of Chinese Settlers in Canada, 1858-1966 (Caitlin $26.95).

According to publicity materials: “In 1858, gold was discovered in the Fraser River. News of this discovery travelled to the Pearl River Delta, where, in the aftermath of the Opium Wars, many Chinese sought to escape the poverty, overcrowding, political unrest and even slavery—invaders from western Asia captured and shipped many Chinese to South America as “piglets.” This tumultuous period marked the beginning of Chinese migration to Canada.

“At first, white settlers welcomed the cheap labour provided by these “coolie labourers,” but as the gold rushes came to an end, so did this period of relative peace. Soon, white settlers viewed the Chinese settlers’ acceptance of lower wages for longer hours of work as a threat to their livelihoods. Anti-Chinese organizations formed and pressed politicians to exclude Chinese from government work and restrict Chinese immigration. After British Columbia entered confederation in 1871, politicians would not receive support from white settlers unless they condemned Chinese migrants as “the grasshoppers” of BC, a plague that would eventually devour the province. For the century that followed, segregation and discrimination against the Chinese would be a hallmark of white citizens of Canada.

“Great Fortune Dream: The Struggles and Triumphs of Chinese Settlers in Canada, 1858–1966 describes Chinese migration and life in Canada according to the four periods of Canada’s policies on Chinese immigration, ranging from Free Entry to Exclusion. In 1967, the Canadian government adopted a universal immigration policy, ending these discriminatory laws and advocating multiculturalism. Great Fortune Dream is also the story of the changing relationship with China, both for Chinese migrants and for other Canadians. What began as a population of displaced Chinese migrants working to save their great fortune for a better life back in China evolved into a community of Chinese Canadians, one with roots firmly planted in the history and culture of Canada.”