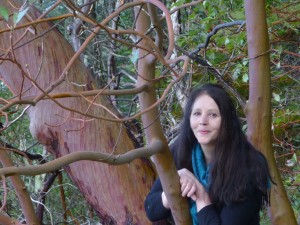 Theresa Kishkan’s 13th title, Patrin (Mother Tongue $17.95) is a novella that takes its title from an old word–patrin–for the clues that were left by Romany Gypsies for their travelling fellows, such as a handful of leaves or twigs tied to a tree. The story focuses on a young woman in Victoria in the 1970s named Patrin Szkandery, a young woman living in Victoria B.C. in the 1970s. She restores an ancient quilt and travels to Czechoslovakia to trace her Roma history that dates back to the Austro-Hungarian Empire. The quilt or pieced-together cloth is both a coded map and palimpsest of her extended family’s nomadic wandering through Moravia in the first decade of the 20th century. Again Kishkan’s lyric prose as much of the attraction as the suspenseful and historic storyline.