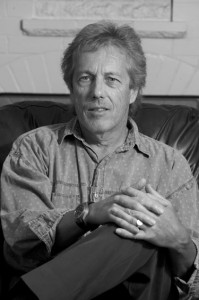 With an arresting title that is reminiscent of UBC professor Warren Tallman’s collected essays for Godawful Streets of Man (1978), poet Stephen Bett has released his sixteenth collection, Those Godawful Steets of Man: A Book of Raw Wire in the City (Blaze VOX $16 U.S.).  His private papers have were acquired by Simon Fraser UniversityLibrary this year. Born on April 3, 1948 in Victoria, B.C., poet Stephen Bett has taught in the English Department at Langara College. He previously taught at Columbia College from 1979-1987. “My contact with a younger generation is really important to me personally and as a writer,” he says. “Not so much for subject, as for attitude.” His academic interests include Postmodern American & Canadian Poetry and International Postmodern Fiction. Bett has been cited for his “Swiftian gaze outward at an absurd world.” 978-1-60964-200-6).