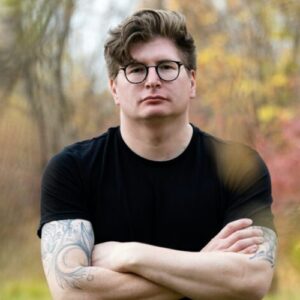 Three BC poets have been shortlisted for the 2022 Gerald Lampert Memorial Award sponsored by the League of Canadian Poets:

From the jurors: “The central narrative in Selina Boan’s debut, Undoing Hours, sees the speaker working to (re)claim access to her Indigenous culture and language (nêhiyawêwin). Fresh and evocative, the poems in this collection trace this journey and others—including relationships with family, friends, language and self—in a voice that is at once tender and fierce. This work takes place on the tongue. Words are pared and paired as offering. It’s a stirring example of exposing the vulnerable process of what it takes to draw what is beloved nearer to you.”

From the jurors: “Dallas Hunt’s energetic debut, Creeland, is informed by a great deal of attentive love, the transformative urgency of anger and intellectual care for how family, community and land are dispatched together. The formal ingenuity of this first work has the subtly and boldness of poetic prowess, shifting from small, mighty scenes of a kôhkom’s omnipresent force, to the free verse clenching and unspooling of what is happening in the body and on unceded lands, to line breaks that drive over the edge, whispering something to the reader alongside what they say out loud. There is vigour to spare in this work and it speaks volumes to what is to come.” 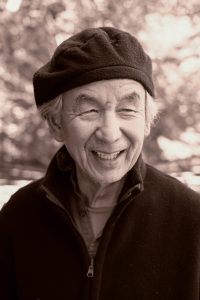 From the jurors: “Matsuki Masutani’s debut collection I Will Be More Myself in the Next World is pensive and purposeful. Spanning decades and worlds, his spare and relieving poems draw the reader in with a voice that is direct and perspicacious. Space and sound imbue delicate and plainspoken arrangements that give witness to the human condition. Mindfulness and playfulness at the threshold of aging and of loss echo cleanly through and into the din of a fractured world.”

Awarded annually since 1981, the Gerald Lampert Memorial Award is given in the memory of Gerald Lampert, an arts administrator who organized author tours and took a particular interest in the work of new writers. The award recognizes a first book of poetry published by a Canadian writer in the preceding year. The award carries a $2000 prize and is sponsored by the League of Canadian Poets (LCP). The winner will be announced on May 5, 2022. 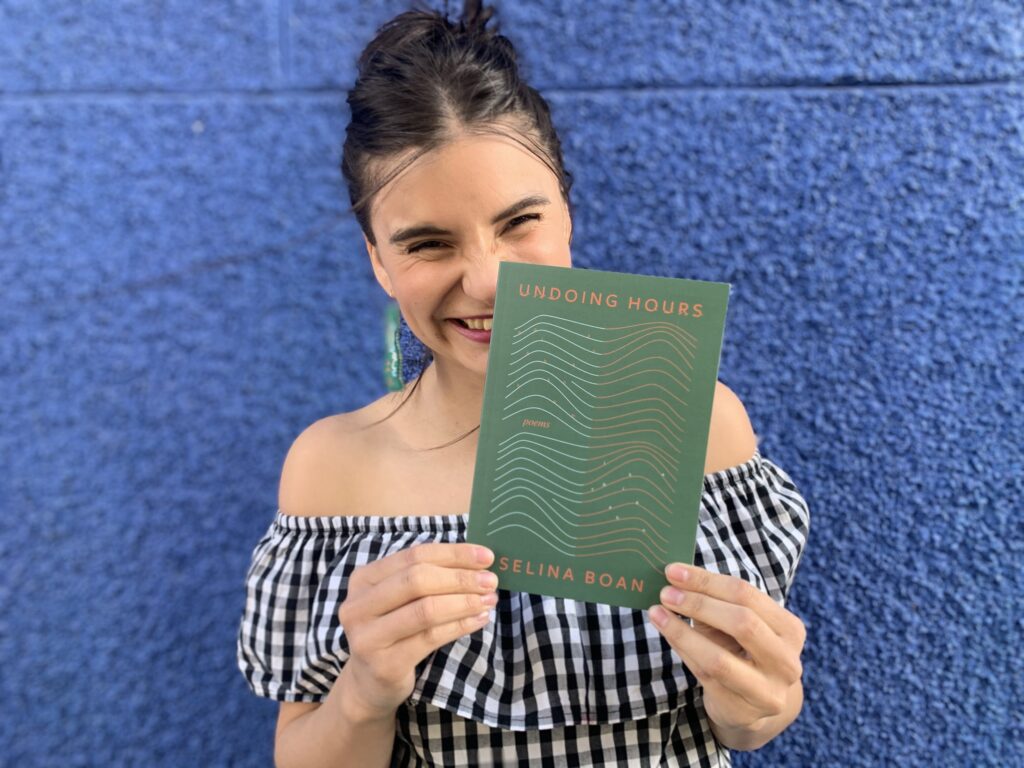 Selina Boan with her debut book of poetry.

From the jurors: “Boan sifts, smudges, wrestles gently, digs conscientiously undoing terrain and time. A poetry that “wants to read herself past syntax” soiling into her language(s), seeking to bring out the bones, create a renewed “plot/lot” of an unknown past. These poems grasp both the jarring and gracious bringing together awe-inspiring lapses of breath and rhythms in words between Cree and English that leave one panting. In this book, the reader is left beginning again to [re]learn and unlearn language as settler-newcomer, “part prairie, part invasion”, “the syllabus of earth, rearranged.” Selina Boan’s Undoing Hours is an admirable feat of working between our unique national dilemma “between two dialects” and that largeness of love for all things most dear such as Nohtâwiy.”

Open to Canadian women, the Pat Lowther Memorial Award has been awarded annually since 1981 for a book of poetry published in the preceding year. This prize is in memory of the late Pat Lowther, whose career was cut short by her untimely death in 1975. The award carries a $2000 prize, and is also sponsored by the League of Canadian Poets. The winner will be announced on May 5, 2022.