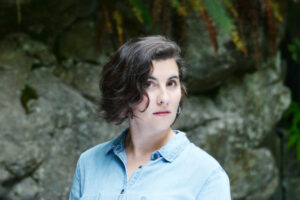 Squamish-based Amber Cowie’s Last One Alive (Simon & Schuster $24.99) follows a team of researchers exploring the myth of a ‘stone witch’ at a remote cabin in the Pacific Northwest. They investigate a story about the original owner, who met a violent death, and his wife, who disappeared. Shortly after, a young couple renovating the cabin to be run as an eco-lodge also disappear. The investigators, led by a debut novelist looking for inspiration for her next thriller novel, are also beset by strange happenings such as freak storms, satellite phones that stop working and delayed boats that don’t appear for days. Then some of the investigators disappear and bodies turn up. The team must make a decision to run for it or stay behind and solve the mystery of the stone witch. Amber Cowie’s work has appeared in The New York Times, Salon, The Globe and Mail, Crime Reads and Scary Mommy. Cowie is a graduate of the University of Victoria. 9781982183042