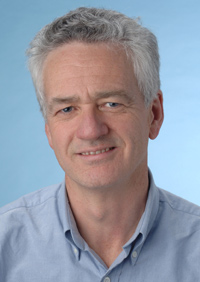 The British Columbia Historical Federation has announced that Mark Forsythe from the Langley Heritage Society is the recipient of the 2019 Best News and Media Award.

Forsythe frequently writes book reviews for BC BookWorld about local history books as well as the outdoors and other titles.

He earned the award from BCHF for Valley Voices, the monthly podcast he hosts that promotes public history in the Fraser Valley. BCHF lauds Valley Voices as a podcast that, “highlights and preserves local history in British Columbia in an accessible and engaging format.”

Valley Voices is currently on hold, but past episodes (through Feb. 12) can be accessed here: http://civl.ca/podcast-single?show=Valley%20Voices

Each year, the BCHF offers a certificate and cash prize of $250 for published news and media resources by members, which includes newsletters, blogs, social media campaigns, print media campaigns, videos and podcasts.

Due to the ongoing COVID-19 health situation, the BCHF annual conference schedule for June 2020, including the awards gala, has been cancelled. Thus, the prizes are being announced early and plans are in the works for ways to honour winners during the BCHF conference in 2021, details to be announced.

After eighteen years hosting BC Almanac for CBC Radio, broadcaster and journalist Mark Forsythe announced, not without reluctance, that he would be leaving his position at the end of 2014. Early in 2015 he learned he would be accorded a Lifetime Achievement Award from RTNDA (Radio Television News Directors Association), a national organization with regional members.

During his tenure at CBC, Forsythe became an expert on British Columbia as whole, having visited much of the province.

Whereas many successful radio and television hosts are essentially selling themselves in the 21st century, making themselves into personalities, Forsythe has epitomized the increasingly old-fashioned ideal of the broadcaster as public servant. Always a serious listener, Mark Forsythe became a trusted and respected voice around B.C., fairly responding to a remarkable variety of issues and personalities, eschewing self-referential asides and providing balanced views of conflicts rather than inflating them.

Born in Stephen Leacock country, at Orillia, Ontario, in 1955, Mark Forsythe spent most of his childhood in Toronto. The closest he came to wilderness as a youngster was his neighborhood ravine. When that stretch of greenbelt was slated to become part of a proposed Spadina Expressway, local residents successfully rallied against it and Forsythe had his first taste of civic politics.

Forsythe’s mother was a registered nurse; his father was a radio newsman. The marriage came apart. With minimal support from his father, his mother was a ‘single Mom’ in the 1960s, independent and running against the grain of her parents’ Irish-Catholic expectations. “She was my earliest role model,” he says. “She was something of a trailblazer in my small orbit. While juggling the demands of two sometimes wayward sons with difficult hospital hours, she decided to change careers and become a teacher.”

When his mother re-trained in the summers, Forsythe was sent to his grandparents’ farm to haul hay, plow field and join an extended family that included seven aunts and uncles. It was a place where the adults sat around the kitchen or back stoop and told stories, a practice that instilled in Forsythe, the city kid, his habit-and skill-of listening. His grandfather’s tales of Ireland prompted him to go there for a visit. While it was uncanny to see faces that seemingly stepped out of the family photo albums, Forsythe was taken aback by the hunger strikes and machine guns during ‘The Troubles.’ “You couldn’t park your car in the centre of a village or it would be towed away as a bomb threat,” he recalls. “It opened my eyes to that long, sad history of violence and pain.”

In Toronto his father worked at the CHUM Radio newsroom where Mark Forsythe was fascinated by the big, grey teletype machines, machines that spewed out news from around the world with a sense of urgency. When he’d visit his Dad, he would tap away on a typewriter, making up stories, while his father prepared and read the news. He had no conscious desire to become the next Max Ferguson but he’d lie in bed most nights with a tiny transistor radio. “Batteries were a hot commodity in those days,” he says. His mother remarried and they moved to Cowansville in Quebec’s Eastern Townships. With minimal French, he found most Francophones helped him by conversing in English. There he met his future wife, Cathy, whose father had a small trucking company where Forsythe worked loading trucks on the graveyard shift. The hard work didn’t cool a budding romance. They now live in Fort Langley with their two sons, Ryan and Devon, a cat named Moresby and a mutt named Tasha.

While taking a Communications Arts program at Fanshawe College, Forsythe produced student documentaries during the day and flipped pizzas at night. In 1974 he was ready for his first radio job at BVLD in Smithers. I couldn’t believe my luck,” he says. “Landing in Smithers, with Hudson Bay Mountain above and the Bulkley River sprawling out in the valley below was as close to paradise as I could imagine getting.”

Forsythe worked for ten years in Prince George as a host and program director, part of the same operation that owned the Smithers outlet. The owners cared about doing a good job. They had a well-staffed news room committed to public affairs, something that was ‘pretty much unheard-of’ in the 1970s for medium-sized stations.

He and his wife lived in a tiny log cabin with no running water or electricity. “It was a wonderful introduction to the wild for a kid from Toronto,” he says. “We canoed. We cross-country skied. We listened to the spooky sound of the lake freezing and cracking.”

Because he found himself increasingly listening to CBC, at age 29 he took a job with CBC in Prince Rupert. “Rupert was an ideal place to learn,” he says. “There were First Nations issues, the fishery, the cycles of resource economies, problems with northern isolation.” Forsythe joined the morning program in the southern interior, then came to CBC Vancouver. After a five-year stint hosting The Afternoon Show, he took over as the host of Almanac during the noon-to-two slot.

“Something that’s always amazed me is how our listeners respond to write-in requests,” he says. “I started hoarding letters. I think it must be a genetic trait I picked up from my mother. Last spring I thought it was about time to pull everything together. Radio is such a fleeting medium but at the same time the words of our listeners and our contributors are often worth savouring. That’s basically how this book came about. People care so much about their physical environment, whether it’s the sanctuary of a stroll in a Burnaby greenbelt or memories of growing up. The letters are so evocative of place and emotion you can almost frame the images they conjure up.”

In 2005, Forsythe co-authored The BC Almanac of Greatest British Columbians (Harbour), with Greg Dickson [see below], followed two years later with a co-authored book on the gold rush to mark the province’s 150th birthday, The Trail of 1848.

Including stories, artifacts and photos from Mark Forsythe’s audience for his BC Almanac program on CBC Radio, Mark Forsythe and Greg Dickson’s From the West Coast to the Western Front: British Columbians and the Great War (Harbour 2014) marks the 100th anniversary of World War One.

Among those profiled is First Nations soldier George Maclean who won a Distinguished Conduct Medal, the second-highest award for gallantry available to non-commissioned officers and privates in the Great War. During the Battle of Vimy Ridge, armed with a dozen “pineapples” – Mill bombs also known as grenades – he launched a solo attack and captured 19 prisoners, getting wounded in the process. Maclean was a rancher from the Head of the Lake Band in the Okanagan who enlisted in Vernon in 1916, having previously served with the Canadian Mounted Rifles during the Boer War. Shot in the arm by a sniper during his heroics at Vimy, Maclean returned to Canada for treatment and became a fireman in Vancouver. He died in 1934. Of the 611,000 Canadians who fought for King and Country in World War One, 55,570 were from British Columbia. That was the highest per capita enlistment rate in Canada. Of that contingent, 6,225 died in battle at a time when the overall population of B.C. was only 400,000.

Still residing in Fort Langley, Mark Forsythe is learning guitar, travelling in and beyond British Columbia and keeping his mind open.

The BC Almanac of Greatest British Columbians (Harbour 2005). With Greg Dickson.