Barking up the right trees 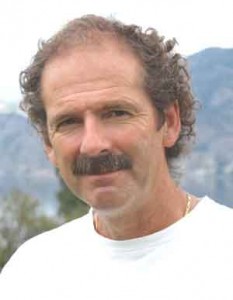 Danial Neil says his fourth novel The Trees of Calan Gray (Oolichan $19.95) was inspired, in part, by a 2010 CBC interview with Diana Beresford-Kroeger, author of The Global Forest.

The novel was also written to commemorate the United Nations declaration of 2011 as the International Year of Forests–an open invitation to the world to come together and work with governments, international organizations and civil society, to ensure that our forests are managed sustainably for current and future generations.

Each chapter is headed by the names of trees, the trees that “talk” to the central character named Calan Gray who hears the language of trees.

In 1964, Calan Gray’s violent father wants to commit him to an institution, believing his son is delusionary. The arrival of his grandfather from Scotland, Dunmore McLeod, kickstarts Calan’s journey from the rural prairies to the West Coast of B.C. where Greenpeace is organizing protests to halt the Amchitka nuclear tests in Alaska in 1971. Under the tutelage of Grandpa Dunny, Calan broadens his affinity for the natural world.

The Trees of Calan Gray by Danial Neil was slated to appear in spring of 2014, published by Oolichan, but it was delayed one year until 2015, therefore not impeding the positive reception afforded Neil’s novel my June [sic] (Ronsdale 2014). Danial Neil was born in New Westminster in 1954 and grew up in North Delta. He began writing in his teens journaling and writing poetry. He made a decision to be writer in 1986 and took his first creative writing course in Langley with Rhody Lake. From that time he went on to write ten novels, mostly after work (never quitting his day job as a Sr. Development Technologist for local government). His short story, Grace, was published in the 2003 Federation of BC Writers anthology edited by Susan Musgrave. He participated in the Write Stretch Program with the Federation of BC Writers teaching free verse poetry to children. Danial Neil has won the poetry prize at the Surrey International Writers’ Conference four times and has studied Creative Writing at UBC. He lives in Oliver, in the South Okanagan.

Neil’s first published novel was The Killing Jars in 2006 (self-published by Trafford). In 2009, Flight of the Dragonfly was published by Borealis Press in Ottawa.

Moby Dick, the white whale, and the character of Ahab in Herman Melville’s classic novel serve as the leitmotif in Danial Neil’s novel, my June — and, yes, there is no capital M in that title, by design.

Set in the fictional town of Seaside on the Sunshine Coast, and on waters offshore, it’s the story of man named Reuben Dale who must overcome the sudden death of his wife named June after she suffers a stroke. Having recently retired with the expectation of sailing, Reuben wanders aimlessly in a town that could easily be mistaken for Sechelt while his sailboat named “my June” remains tied to the dock. A marina operator eventually encourages Reuben sail once more, but Reuben’s past brings forth new and entirely unexpected challenges. He tries to retain his loyalty to his deceased wife but seeking new friendship and joy seems to contradict that impulse.

Recently Danial Neil, who lives in Oliver, met Oliver-raised George Bowering when Bowering briefly returned to his roots for a promotional tour.