Between 1906 - 1919, Simon Gunanoot remained uncaptured in the wilderness while police and hired detectives sought to bring him in on murder charges. 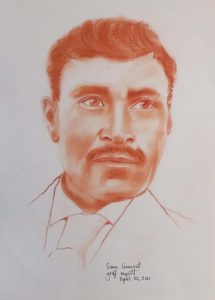 Train robber Bill Miner & labour leader Ginger Goodwin became folk heroes after they evaded the law but they were eventually captured and killed. Gunanoot was not caught, he turned himself in, and yet he has been largely overlooked. A new book retells his story. 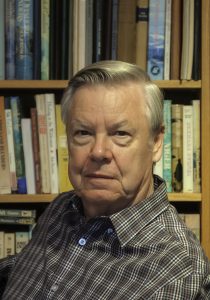 Little-known to people in southern British Columbia, Dr. Horace Wrinch arrived at Hazelton, at the confluence of the Skeena and Bulkley Rivers, in 1900. He stayed for thirty-six years as the first resident doctor in the northern interior where he also built the first hospital. Also, a farmer, community leader, magistrate, Methodist minister and two-term member of the BC legislature, Wrinch was a Tommy Douglas figure who paved the way for our modern health care system as a leading advocate for public health insurance in the 1920s. Geoff Mynett’s Service on the Skeena: Harold Wrinch, Frontier Physician (Ronsdale $21.95) has received the George Ryga Award for Social Awareness as well as a Jeanne Clarke Memorial Award.

BCBookLook asked Mynett why he wanted to write this book. 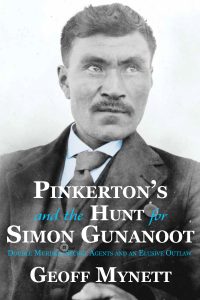 BCBookLook: Explain why the story of Simon Gunanoot needed to be revisited.

Geoff Mynett: Finding a forgotten treasure in an archive is a historian’s dream and joy. I was in the B.C. Archives doing research for my book Service on the Skeena when I came across one such treasure. This was the collection of reports that two operatives of the Pinkerton’s National Detective Agency sent to their head office in Seattle while searching for Simon Gunanoot in 1909 and 1910. David Ricardo Williams referred to these reports in Trapline Outlaw, and doubtless others have come across them. But these reports have, in my view, never received the attention they deserve.

Pinkerton’s and the Hunt for Simon Gunanoot is built around these reports. They provide a fascinating picture not only of the hunt for Gunanoot and but also of life in Hazelton in 1909. They also give us a new picture of the divided loyalties and of the personalities in town.

In Trapline Outlaw, David Williams gave a broad picture of Gunanoot’s life and of the murders of which he was accused. Pinkerton’s and the Hunt for Simon Gunanoot describes the nitty gritty of their hunt and offers a fresh perspective on why Gunanoot was never caught. In 1909, Hazelton was a small frontier town in northern British Columbia. It is a place of great natural beauty. There were no roads and there was no railway. To get around you walked, rode a horse or used canoes and, in winter, used snowshoes or dog-sleds. Sternwheelers did come up the Skeena River but not in the six months when ice and bad waters made it unnavigable. To the east were the lakes and the mountains of the Upper Skeena. The region where Gunanoot took refuge was an area half the size of England. A great traveler, he went as far north as the Yukon border.

BCBookLook: So, what happened? And why was Pinkerton’s, an American organization, involved?

Geoff Mynett: In June 1906, Simon Gunanoot, a well-respected and popular Gitxsan trapper and store-keeper brawled with a local thug named Alex MacIntosh. They were in a bar in the hamlet of Two Mile, near Hazelton. Gunanoot left the bar at four in the morning, threatening to get a gun and fix MacIntosh. When MacIntosh was found shot dead on the trail the next morning, the sole policeman in town quickly decided that the murderer must be Gunanoot. While collecting his posse, he learned that the body of Max LeClair, a hunting guide new to the region, had also been found on the trail. He too had been shot dead. After a fraught week of evading the police, Gunanoot escaped with his family and brother-in-law, Peter Himadan, into the forests and lakes of the Upper Skeena.

Superintendent Hussey, head of the provincial police in Victoria, directed the many searches for Gunanoot. He sent his own men on the hunt, as well as special parties. He posted a reward to encourage bounty hunters. Some searchers were competent, but unlucky. Some were incompetent. Others were dishonest. When all failed, the police in Victoria hired two Pinkerton’s men to go to Hazelton, disguised as prospectors. Their job would be to locate Gunanoot and to bring him in.

Pinkerton’s National Detective Agency at this time was considered one of the premier detective organization in Europe and North America. It achieved its reputation by being able to cut across jurisdictional boundaries, by being utterly discreet and secret, and by using modern methods of detective work. Pinkerton’s was one of the first agencies to keep files on known criminals and their modus operandi. It championed the use of mug-shots and fingerprints. In detective work, Pinkerton’s was the best. In the hunt for Simon Gunanoot, would they succeed when all the others had failed?

Before the First World War, the BC Provincial Police did not have a detective branch. On numerous occasions, including in one hunt for Bill Miner, they had turned to Pinkerton’s for assistance. Using Pinkerton’s to catch Gunanoot was rather an odd decision, because what the police needed in this case were expert trackers and outdoorsmen, not detectives. Why Pinkerton’s men were chosen for the hunt in the British Columbia north is one of many unanswered questions in this saga. Is the answer that the police in Victoria did not entirely trust the locals in Hazelton? And if so, was this suspicion justified?

For almost a year, two Pinkerton’s men searched the Upper Skeena, returning to Hazelton to recuperate and gather more information. Always trying to maintain their disguises as prospectors and trying not to be too interested in Gunanoot, they spoke with everyone they met and reported on their travails, the rumours and the gossip. They spent a difficult winter in the snows of the Upper Skeena. As we now know, they failed.

In 1919, after thirteen years as an outlaw, Gunanoot gave himself up to the police in Hazelton. He said he did this because he wanted his children, who had been with him, to have an education. Taken to Vancouver, Gunanoot found he was a celebrity, a “Robin Hood of the North.” He became the source of many a myth, a heroic figure. He was also tried for murder.

What would a Vancouver jury decide? We now know the answer. The big question is, was the jury right?  In this book I tell the story and ask the reader, what do you think?