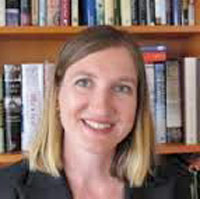 Alisa Smith’s forthcoming novel, Speakeasy (D&M $22.95) takes place during World War II and follows Lena Stillman, a former (undetected) outlaw in the Bill Bagley’s bank robbing gang during the Depression. She switches sides to work as an elite code-breaker at the Esquimalt naval base outside Victoria where she’s in a position to know the nation’s strategic military secrets. Her world turns topsy-turvy when her old underworld boss, Bagley, is sentenced to hang. The story is inspired by historical facts. There was an infamous bank robber in the 1930s named Bill Bagley but the character of Lena Stillman is fictional. Bagley did have a female accomplice, never named, who assisted on some of his heists. Smith had a great aunt who worked as a code-breaker on the west coast during World War II.  Alisa Smith’s much-publicized previous book, co-authored with partner James MacKinnon, The 100-Mile Diet: A Year of Local Eating (Random House 2007), documented their year-long attempt to eat only foods grown and produced within a 100-mile radius of their Vancouver apartment. While working on a sequel to Speakeasy, Smith is pursuing a accreditation as a forensic accountant.