Aguirre up for rich prize 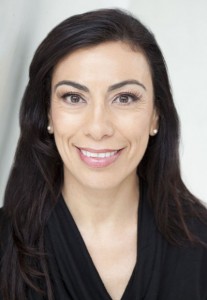 Author and playwright, Carmen Aguirre has been shortlisted for the Siminovitch Prize, which recognizes excellence and innovation in Canadian theatre.

Over a three-year cycle, the Siminovitch Prize celebrates a professional mid-career director, playwright, or designer who is acknowledged as a leader in the theatre and whose work is transformative and influential. This year, playwrights were up for the award.

Th prize has a purse of $100,000 that also recognizes the importance of mentorship to support emerging talent. The recipient receives $75,000 and chooses a protégé to receive $25,000.

The judges for this year’s shortlist say that, in a word, the five mid-life playwrights are “fierce.”

Furthermore, “They are each driven by an unstoppable force. A battle with injustice, a need to say what no one else has said before. An inescapable artistic vision, a use of language that both burns and heals. A life-long compulsion to experiment, to push against the rules. Regardless of what drives them, these artists stand alone.”

The prize was launched in 2000 to honour the values and achievements of the Canadian scientist, Dr. Louis Siminovitch and the late Elinore Siminovitch, a pioneering playwright. 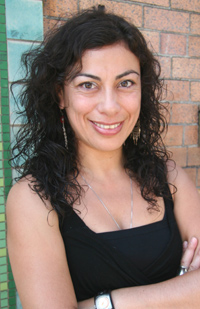 Carmen Aguirre is a theatre artist and author who has written and co-written more than 25 plays, including Chile Con Carne, The Refugee Hotel, The Trigger, Blue Box, Broken Tailbone, and Anywhere But Here, as well as the international bestseller and #1 in Canada, Something Fierce: Memoirs of a Revolutionary Daughter (winner of CBC Canada Reads 2012), and its bestselling sequel, Mexican Hooker #1 and My Other Roles Since the Revolution.

Aguirre is currently writing an adaptation of Euripides’ Medea for Vancouver’s Rumble Theatre, and Moliere’s The Learned Ladies for Toronto’s Factory Theatre. She is a Core Artist at Electric Company Theatre and a co-founding member of the Canadian Latinx Theatre Artist Coalition (CALTAC). She has more than 80 film, TV and stage acting credits, including her award-winning lead role in the Canadian premiere of Stephen Adley Guirgis’s The Motherfucker with the Hat, and her Leo-nominated lead performance in the independent feature film Bella Ciao!. She is a graduate of Langara College’s Studio 58.