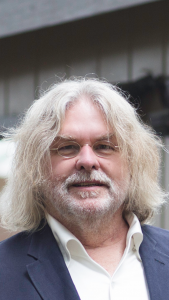 Also a musician, composer, entrepreneur, retired lawyer and philanthropist, John Lefebvre of Saltspring Island is a former director of the David Suzuki Foundation, a founding director of the David Suzuki Institute and a founding supporter of The Dalai Lama Centre for Peace and Education. Having co-founded DeSmog Blog, he has self-published his autobiography, All’s Well: Where Thou Art Earth and Why (2017), as a platform for his philosophical musings and DIY wisdom. “150 generations out of the caves, we think we know our place in the vastness of the cosmos. Only 100 years ago we hardly knew that our Sun is just another star. Today, we still believe we’re the most intelligent beings to exist. Yet simple arithmetic suggests there are at least 10 trillion thoughtful species elsewhere. We’re not alone in the universe, just lonely: when we sufficiently mature, others may be in touch.” With liberties come responsibilities. 978-0-9959042-3-1