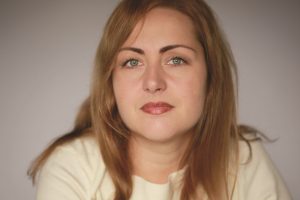 While working on her MFA at UBC, Mette Bach first examined growing up in North Delta in the 1980s for Off the Highway. Part social commentary, part personal memoir, and part history, Off the Highway featured insight into the preservation of the Burns Bog and the effects of building the Alex Fraser Bridge for Expo 1986, and the Deas Island Tunnel. Now she’s back with a book, a teen novel, You’re You (Lorimer $14.95) in whch a teen who has always identified as a lesbian finds herself attracted to a South Asian guy, creating conflict with the Gay Straight Alliance at her school. Bach’s writing has appeared in Vancouver Review, The Advocate, The Globe & Mail, Vancouver Magazine, and in several queer anthologies. Born in Denmark, she has contributed a “Queer to Eternity” column for Xtra West while teaching freelance writing at Langara College. Mette Bach currently teaches high school ESL in Vancouver. 9781459412583