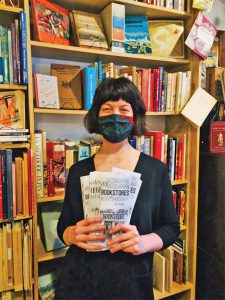 One of the people behind the project, Kim Koch, co-owner of The Paper Hound Bookshop says that a similar brochure had circulated in the past but hadn’t been updated for a dozen years.

“Patricia Massy [Massy Books] got the idea to revive the brochure and myself and a few others thought it was a good idea,” says Koch, who became a major force behind getting the project completed. Hilary Atleo of Iron Dog Books and Tamara Gorin of Western Sky Books were other cohorts. “It was a group effort,” continues Koch adding that funding for the graphic design was contributed by the Association of Book Publishers of B.C.

The guide gives details for 17 bookstores in Metro Vancouver, and another 20 shops & book dealers in the Lower Mainland and further afield on Bowen Island and in Gibsons on the Sunshine Coast. The guide can be picked up in any of the bookstores listed in the guide.

Many, like The Paper Hound, also sell new books in addition to secondhand and antiquarian books. Several specialize in specific genres, such as People’s Co-op Bookstore with its focus on politics, activism and local presses, and Spartacus Books, which describes its titles as ‘Tools for Social Change.’ The prize for most original book description goes to pulpfiction books and its ‘weird fiction’ collection. 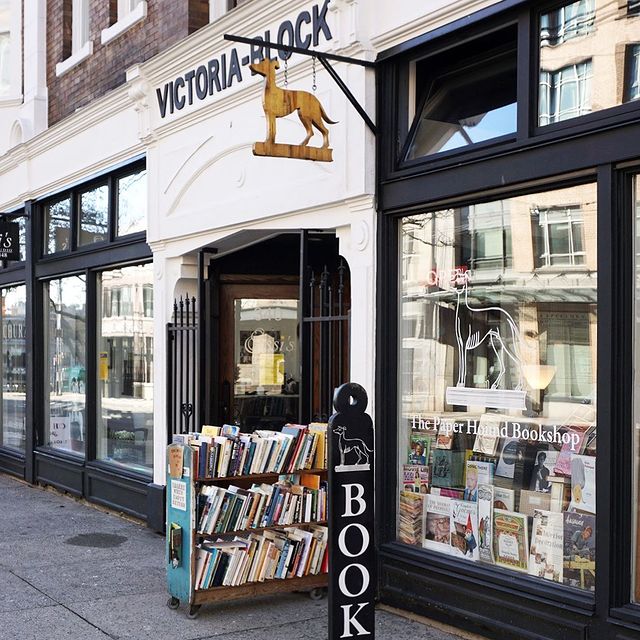