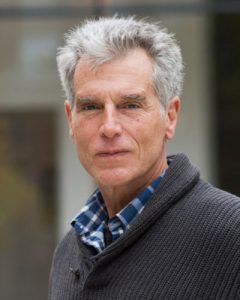 Thomas Homer-Dixon is described as a thought leader. A global thinker. Someone dedicated to “reinvigorating our cognitive strengths.” He won the Governor General’s Award for Non-Fiction with The Ingenuity Gap.

We haven’t heard of him either. But during these teetering and topsy-turvy times, when our world is going from masculinity and femininity to maskulinity, most of us can agree that we need to make some urgent systemic changes, faster than you can say Doh.

And so the Victoria-born “Doom Meister” has followed his six previous books with Commanding Hope: The Power We Have To Renew A World In Peril (Knopf), due in September. It’s a 425-pager. There are cartoons. And Homer-Dixon is now living in B.C. full-time as the director of the Cascadia Institute at Royal Roads University in Victoria.

We must “mobilize our minds, spirits, imaginations and collective values” because our planet is destined to become poorer, more violent and more authoritarian. But we do have Zoom and Skype.

Homer-Dixon received a Ph.D. from MIT in international relations, defense and arms control policy, and conflict theory, in 1989. His work is “highly interdisciplinary.” That means it’s not lowly at all. He draws on political science, economics, environmental studies, geography, cognitive science, social psychology, and complex systems theory.

Like his research, the book focuses on how to respond to threats to global security in the 21st century. We just hope there is a course in getting rid of deranged U.S. presidents and how to keep infected Americans from coming across the 49th parallel. Maybe a wall.

Thomas Homer-Dixon has led research projects at U. of T. investigating the links between environmental stress and violence in poor countries. At the University of Waterloo, he was founding director of something called the Waterloo Institute for Complexity and Innovation from 2009 to 2014, and he is currently a professor at the Balsillie School of International Affairs.

We had to look that one up. It’s also in Waterloo. His academic writing has appeared in Ambio, International Security, Journal of Peace Research, and Population and Development Review. His articles have appeared in Foreign Policy, Scientific American, The New York Times, Financial Times and the Globe and Mail. 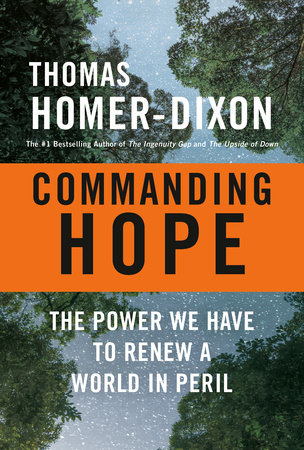 Editor of: Science in Society: Its Freedom and Regulation, ed. with Anne Perkins, Ottawa: CSP Publications, 1982.

Editor of:  Carbon Shift: How the Twin Crises of Oil Depletion and Climate Change Will Define the Future, ed. with Nicholas Garrison (Random House of Canada, 2009).

Commanding Hope: The Power We Have To Renew A World In Peril (Penguin Random House 2020)