Settler Anxiety at the Outposts of Empire: Colonial Relations, Humanitarian Discourses, and the Imperial Press 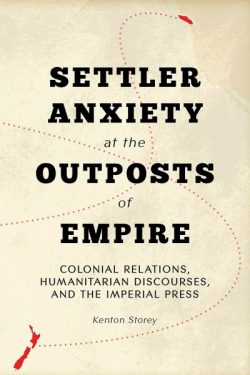 Kenton Storey’s book is a bold, dense analysis of the interplay in New Zealand and Vancouver Island in the 1850s and early 1860s of settler anxieties, a humanitarian discourse about the inherent oneness of all people, and information flows within the British Empire. Based on an analysis of colonial and British newspapers, its principal conclusion is that the humanitarian discourse had not died out by the late 1850s, as has been widely assumed, but, at least in these two colonies, remained a powerful component of colonial rhetoric and policy-making into the 1860s and beyond.

New Zealand and Vancouver Island were two nineteenth century British colonies tucked away in the vastness of the Pacific Ocean. There were, of course, considerable differences between them. New Zealand was the older and more heavily resettled; in 1861 almost 100,000 people of European backgrounds lived there, whereas in 1858, at the onset of the Fraser River gold rush, there were hardly a thousand non-Indigenous people on Vancouver Island. The Maori, most of whom by the 1850s were at least nominally Christian, had been earlier and far more comprehensively missionized than Vancouver Island’s Indigenous peoples. And whereas from a British perspective Vancouver Island was a belated and relatively inconsequential colony, New Zealand was in focus, drawing imperial attention and settlers.

Yet both colonies were tied to a Colonial Office and Parliament in London, and caught up in the ideas about settler colonialism circulating in the British Empire in the mid-nineteenth century. In both of them settlers, mostly of British origin, and Indigenous people coexisted uneasily. Violence, actual or threatened, was at hand, and settler societies were exposed and anxious. In short, Vancouver Island and New Zealand share enough common ground that a comparative analysis of them during a period of particularly fragile European-Indigenous relations is well worth undertaking.

Given Storey’s interest in ideas about settler colonialism, the fields of communication in which they circulated, and the ways in which they were inflected by particular locations, the newspapers of the day are an obvious source of relevant information. Widely produced and widely read, they espoused different points of view and frequently argued with each other. Then current ideas about settler colonialism, Indigenous people, and the relations between them are amply expressed therein. Moreover, in these years before long-distance telegraphic communication, newspapers were a crucial component of the flow of information around the British Empire. Postage was cheap; in 1860 the number of newspapers circulating between Britain and New Zealand considerably exceeded the number of letters.

These were years of uncertainty in the Colonial Office and throughout British society about the right way of dealing with Indigenous people in settler colonies. The issue was basically this: were such people the same as Europeans in their fundamental nature and capacities and therefore able to be civilized, or were they not. By and large in Britain in the first half of the nineteenth century, the former view prevailed. It had emerged out of the Enlightenment, was strongly supported by evangelical Christians, and was expressed, for example, in the repeal of slavery throughout the British Empire (1833) and the protection of Maori rights embodied in the Treaty of Waitangi (1840). 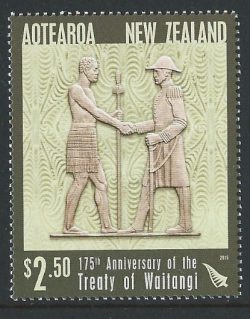 But not many years later, when former slaves who should be becoming civilized were fomenting revolts on sugar islands, Indian troops in the British army were rebelling, and missionaries were making few converts, the case for the capacity of non-Europeans to be civilized weakened. At the same time polygenists argued that different human groups had different origins (and might, therefore, be different species), and some phrenologists that different human groups had different cranial capacities and that Africans were perhaps the link between apes and humans.

In these circumstances, so most of the academic literature has it, attitudes towards non-Europeans tended to become more racial and hard-edged, and the humanitarian conviction of the essential oneness of all people tended to fade. Many have suggested this (I assumed it in a book on the reserve system in B.C., Making Native Space), but Storey argues that the humanitarian discourse had a far longer and more influential life than is commonly supposed. I think he is right, and that this understanding bears on a good deal more than two Pacific islands in the 1850s and ‘60s.

Humanitarian discourse, Storey shows, comprised a flexible body of ideas and values that could be used to bolster very different, even opposite, arguments, and that expressed itself differently in different locations. Editors in New Zealand were well aware that their newspapers had influential readers in Britain. They assumed that such readers, concerned about the level of violence in settler colonies, would insist on the closer Imperial regulation of colonial land policy and settler-Indigenous relations if violence were much reported in New Zealand’s newspapers. Hence editors tended to downplay violence, avoid obviously racial characterizations of the Maori, and stress the successful integration of settlers and the increasingly civilized Maori. Storey makes no claim that such editorial posturing reflected common settler opinion.

The market for Vancouver Island newspapers, on the other hand, was largely local.  Editors did not write for metropolitan readers, and were uninhibited in their treatment of violence. There were far too many northern “Indians” loitering around Victoria, out of control, and committing no end of crimes. The colonial government had been too lax in getting rid of them — views that in this case the majority of the settler population probably held. The idea of evicting Indigenous people from Victoria conformed, Storey suggests, to a middle-class Victorian view of the separation of society by class and race, and to humanitarian arguments that Indigenous people could best be civilized in places apart.

Much more remarkable than the regional inflections of humanitarian discourse is its striking complicity with colonialism itself. In humanitarian terms, the colonization of New Zealand was justified because it offered the Maori the opportunity to emerge from the darkness of savagery to the bright light of civilization. Just as England had benefitted from the amalgamation of different peoples over the centuries, so would New Zealand; colonialism was the means of bridging long reaches of time to achieve a quick, civilized outcome. Even war, were it necessary, was for the Maoris’ good — a means of breaking them from barbarism. The contrary, anti-war but also humanist argument held that because the Maori were rapidly becoming civilized and Christian, war was unnecessary. 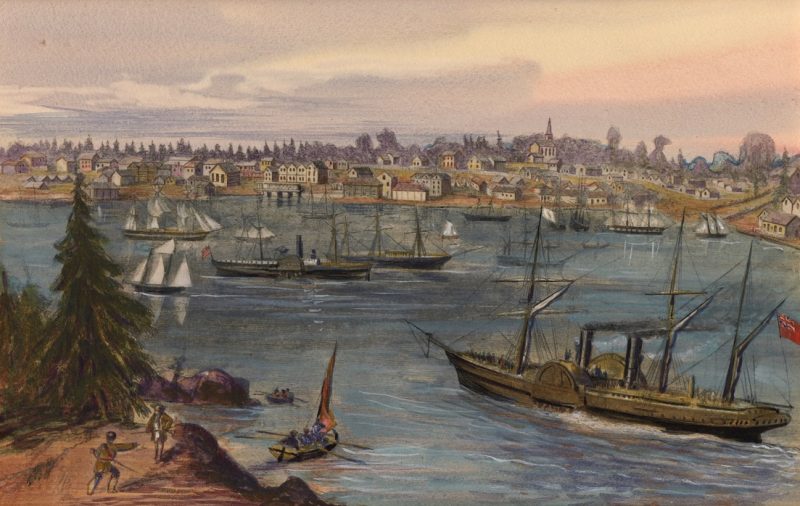 On Vancouver Island, where a small settler population faced the threat of war with Indigenous people, and noted ominous examples of such warfare not far away in the United States, variants of humanitarian discourse were deployed to argue that Indigenous people should be physically separated from settlers, that they had title to their land and should be paid for it, and that they should be allocated very small reserves. In all such arguments, humanitarian rhetoric and settler interests were closely allied. The separation of settlers and Indigenous people, held to encourage the latter’s emergence towards civilization because they could be instructed apart from distracting influences, would also give settlers untrammeled space for their own social reproduction. 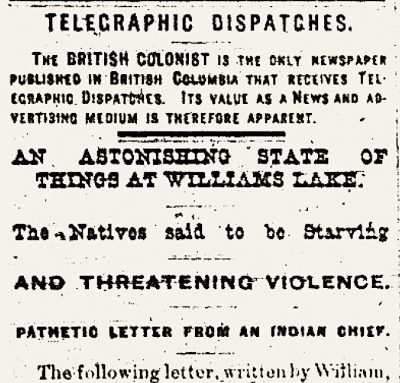 As Storey points out, humanitarian discourse could serve to critique or defend the European engagement with the non-European world. In the two outposts of empire he studied, and in the period of time in which he studied them, it characteristically offered a resolute defense of settler colonialism. As such, it was exceedingly useful, an essential tool for the whole settler colonial enterprise. It enabled policies that favoured settlers to be framed as if they also favoured Indigenous people. Nor, when power was unevenly distributed, was it necessary to be consistent; in different circumstances, humanitarian discourse could validate quite opposite arguments. It continued to flourish in these settler colonies because it was essential to them. 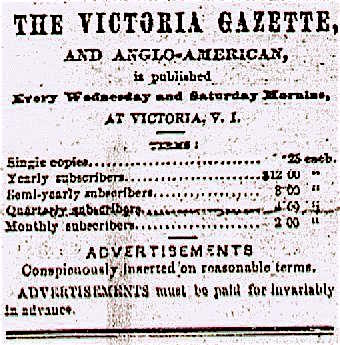 Perhaps heightened racism and humanitarian discourse coexisted fairly comfortably in the mid-late nineteenth century. Storey distinguishes between “rhetorical humanitarianism” (the strategic and often cynical use of humanitarian language to promote the interests of settlers) and “evangelical humanitarianism” (a deeply held commitment to protect all Indigenous people, particularly those who had become Christians). I suspect that in these years, and especially in settler colonies, the former largely prevailed, and that for many the language of rhetorical humanitarianism was a thin veneer over their underlying racism. If that is so, then Storey’s main contribution may be to show that, rather than declining in the face of growing racism as many have suggested, a still vital humanitarian discourse was frequently itself a slightly sanitized channel of racism.

Amenable as, in the name of civilizing Indigenous people, it has always been to many different agendas, humanitarian discourse has had a long life. The argument used in the 1850s to establish schools for Maori — that they would be rescued from savagery and introduced to civilization — was no different from that used to establish residential schools for Indigenous children in Canada. Many who held this view were Storey’s evangelical humanitarians, people deeply committed to the wellbeing of Indigenous people. Others were rhetorical humanitarians, some of whom, undoubtedly, were racists. 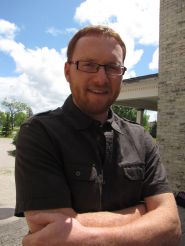 Missing in all of this, of course, has been a discourse of difference, an understanding that different cultures could co-exist and thrive in a modernizing world. Almost no one in New Zealand or Vancouver Island in the 1850s and 1860s held such views, and presumably only a very few anywhere else in the British Empire. Even today, they are uncertain propositions. It is far from clear, for example, how much latitude there currently is for Indigenous people in Canada to survive as distinctive cultures when their languages are barely spoken and their lands, appropriated by others, are used in ways that are oblivious to traditional Indigenous understandings.

It is clear, on the other hand, that the challenge of maintaining cultural difference has been hugely exacerbated by the long hold of the humanitarian assumptions that all people could be civilized and that the face of civilization was European.

In short, Storey has written an important book. It is not an easy read, but anyone seriously interested in settler colonialism and its relationship with Indigenous peoples will find it a well-researched and well-connected study with surprisingly broad implications. 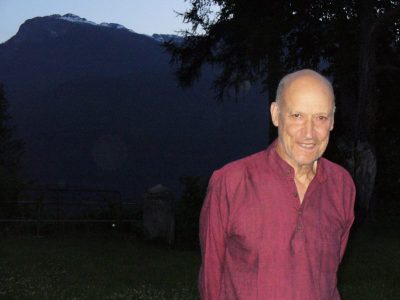 Cole Harris spent his career teaching historical geography at the universities of Toronto and British Columbia. Among many honours, he won the Canadian Historical Association’s Sir John A. Macdonald Prize for the best scholarly book in Canadian history in 1987 for editing the first volume of The Historical Atlas of Canada (University of Toronto Press, 1987), and again in 2003 for Making Native Space: Colonialism, Resistance, and Reserves in British Columbia (UBC Press, 2002). In 2003 he won the Massey Medal of the Royal Canadian Geographical Society, and he is a Fellow of the Royal Society of Canada and a member of the Order of Canada. His latest book is Ranch in the Slocan: A Biography of a Kootenay Farm, 1896-2017 (Harbour Publishing, 2018).