A Queer Love Story: The Letters of Jane Rule and Rick Bébout

Reading a collection of letters can be something of a guilty pleasure. Marilyn Schuster’s edition of the letters of Jane Rule (1931-2007) and Rick Bébout (1950-2009), by contrast, is a moving experience, deftly mingling genres of memoir, diary, and essay.

Though reduced by three-quarters from the carefully chronologized 2700-page collection both correspondents agreed to present to the editor, covering fifteen eventful years of their correspondence (1981-1995), A Queer Love Story offers a deeply personal view of academic and publishing life from two of Canada’s leading gay authors. 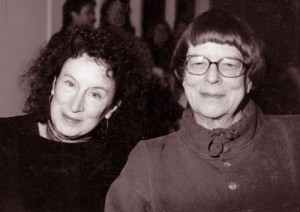 “These thoughtful, engaged people dancing together on paper” allow us, as Margaret Atwood notes in her Foreword, to “listen in” (p. xii).

Among the remarkable features of this sustained correspondence between novelist and essayist Rule on Galiano and editor / activist Bébout associated with The Body Politic, the country’s first and largest l/g/b/t/ monthly magazine, in Toronto is its powerful transition from professional to personal registers. Neither friend is diffident, and their enjoyment in relating, commenting, venting, and commiserating is palpable.

Rule’s response to receiving a manuscript copy of Dworkin’s Pornography: Men Possessing Women and her subsequent review in The Body Politic capture both her strong-mindedness and the quandary of a feminist judgment on pornography. Rule does not like reading the book, since putting “all men in the category of beasts and murderers is to embrace the same blind hatred of a sex which Andrea Dworkin accuses men of in their attitude toward women as nothing but sexual objects.”

The “pounding repetition” of the style she compares to “men in the pulpit from John Donne to Billy Graham” (p. 9). Yet she concedes that Dworkin is right about pornography: “it is hate literature against half of humankind” (p. 10).

She is just as forthright in condemning the “bigotry” of Amnesty International “in refusing to defend homosexuals, who are as much political prisoners as Catholics, Jews, Protestants, etc.” (p. 25). 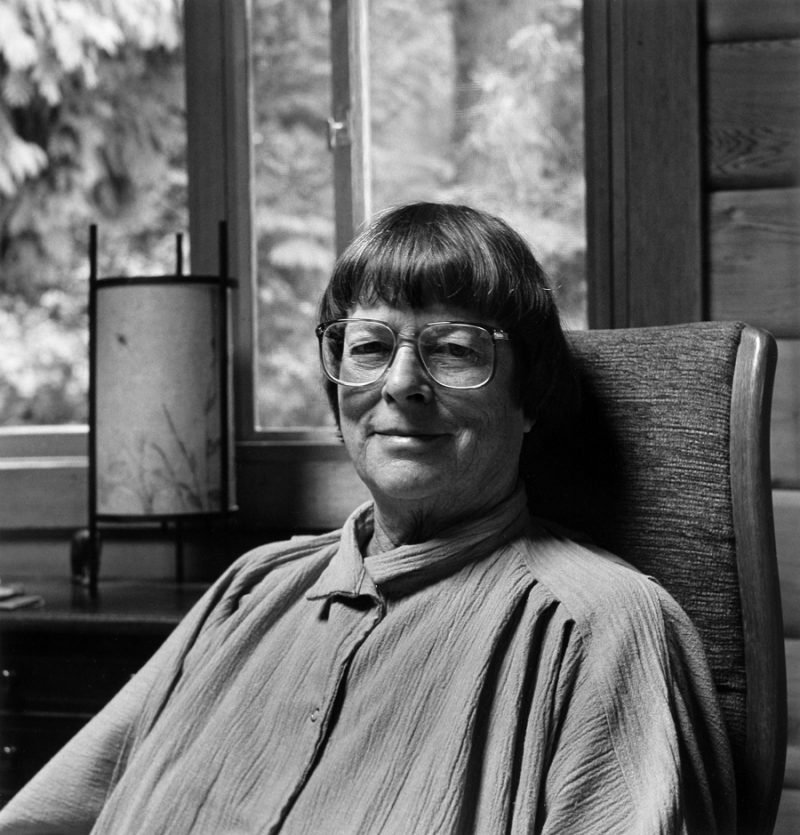 Jane Rule on Galiano Island where she lived with Helen Sonthoff

Suffusing this advocacy is a genuine concern for one another. Jane hopes that Rick’s “bankruptcy thing went through” in the same letter as she recounts being welcomed back after a visit to her mother “by a lovely range of young, gay Canadian immigration officers” (p. 29). Rick’s invariably prompt replies, with news that the Friday night work schedule of his busboy lover means that he has “some time to myself to write you” (p. 33), also include his ruminations about romantic expectations: “I don’t want to want love; I want to want the other person, and I want him to want me” (p. 35).

Although Rick’s website created for his fiftieth birthday celebrates “a life of promiscuous wonder” (p. xxv) and Jane’s partnership of over forty years with Helen Sonthoff (1916-2000) reflects another kind of togetherness, the communication they shared involves an intuitive, intimate back and forth. As Jane comments on “how lovely it is to have an evening to think to you on paper” (p. 192), Rick confides about a current partner that “lust only lasts so long” and admits to liking “the simple creatureliness of holding on to him” (p. 193).

Deeply felt concerns jostle with the more quotidian announcement of the arrival of Rick’s first computer in 1986 and the disclosure that his first apartment on Bathurst cost $11.50 a week. Jane’s anger at the “fundamentalist Christian morality” being foisted on her by the host of a Writers’ Union meeting when added to her fierce opposition to the subsequently defeated Proposition 64 in California, which set out to designate AIDS as a communicable disease making HIV-positive individuals jobless and quarantined, prompts her to characterize herself as “a potato cooked too long and exploding out of my jacket” (p. 195).

The deaths of friends elicit thoughts on mortality, desire, and community. Jane questions the relationship between need and meaning: “Do we confuse the two, or are they intimately connected?” (p. 200). Though Rick realizes “the need for social connection” and understands faith “not as an adherence to dogma,” he remarks that religion and community do not need one another: “Gay people, even heterosexual women, trying to find acceptance in the church bore me silly” (p. 517). 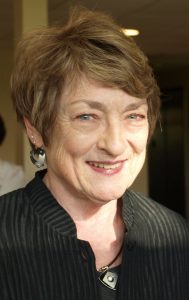 Shared commitments fuel their attachment to one another, undiminished by distances of geography or age. When Rick wants to hear the news about the ceremony and celebratory dinner for Jane’s honorary degree from UBC in 1994, Jane accordingly recalls her acceptance speech almost verbatim. Her peroration still packs a punch: “We must be self-defining, refuse to accept such labels as ‘not necessarily a murderer’ or ‘nearly one of the boys.’ To accept and integrate all each of us is is to be prepared to go into the world to do our work with joy” (p. 507).

How fitting that their last words to each other were so affectionate, with Jane telling him “You have been a wonderful friend. I love you” and Rick responding “You have been the most constant friend of my life” (pp. 578, 579). 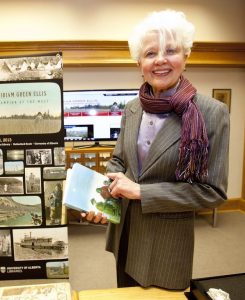 Patricia Demers researches and teaches in the areas of early modern women’s writing; Elizabethan and Jacobean drama, 17th-century poetry, 18th-century novels, biblical literature, children’s literature, and contemporary women’s writing. She has published articles in Mosaic, English Studies in Canada, Semeia, Sixteenth Century Journal, Huntington Library Quarterly, Renaissance and Reformation, Bunyan Studies, Literature and Theology, and Topia, among others. Her books include From Instruction to Delight: Children’s Literature to 1850 (fourth edition, 2015); A Garland from the Golden Age; Women as Interpreters of the Bible; Heaven Upon Earth: The Forms of Moral and Religious Children’s Literature to 1850; P. L. Travers; Louis Hémon’s Maria Chapdelaine; The World of Hannah More; Women’s Writing in English: Early Modern England, and editor, Hannah More’s Coelebs in Search of a Wife. She served as Vice-President of SSHRC (1998-2002) and President of The Royal Society of Canada (2005-07). She was awarded the Queen Elizabeth II Diamond Jubilee Medal in 2012 and was made a Member of the Order of Canada in 2016.