A Gilly’s place is in a boat

Retired guide-turned-writer, David Giblin introduces a woman fishing guide in his second book of tales from the 1980s that had previously been dominated by men. 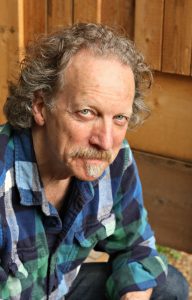 Gilly is a whiz at running her boat: she catches fish; she consoles a multi-millionaire who loses a trophy-sized tyee to dogfish; and she deftly saves lives. 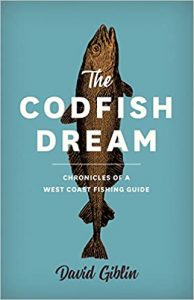 The customer is always right, but in David Giblin’s case, the fishing guide gets the last word. The author of The Codfish Dream: Chronicles of a West Coast Fishing Guide (Heritage, 2018), Giblin began guiding in the summer of 1978 at Stuart Island, one of the Discovery Islands between northern Vancouver Island and the mainland, about 40 miles east of Campbell River.

Giblin worked 15 summers as a freelance guide for area lodges; some of his high-rolling clients arrived aboard luxury yachts with helicopters on the back deck.

Many clients didn’t know what they were in for, as Stuart Island is surrounded by some of B.C.’s most dangerous tidal rapids, whirlpools and currents. In 1972, four Americans attempted to run the Arran Rapids in an outrigger canoe and write about it for Life magazine.

It requires great skill to stay afloat, hook salmon and keep clients smiling. “It was quite useful to know how to change bait with one hand while you steered the boat with the other,” writes Giblin.

The Codfish Dream distilled all those years into one memorable summer — names, dates and places were changed to protect the guilty. Various people can reside in one character, or as Giblin says, all can be “treated with a certain artistic license.”

A self-described ‘world class’ fisherman ignores Giblin’s advice about local fishing methods, only to watch his wife (who was paying attention) haul in a boatload of salmon.

We meet Americans enthralled with the emblem of their nation perched on nearby branches. American eagles…in Canadian trees?

Meanwhile, an enterprising dockhand named Troutbreath finds clever ways to separate cash, caviar and exotic wines from hot-shot clients. Fellow guides include Wet Lenny, Big Jake and Vop who compete for clients and tips, but each is quick to assist the other in an emergency — an unspoken rule on coastal waters. 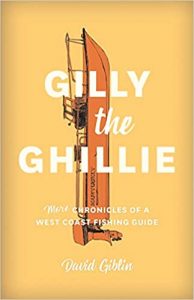 Gilly the Ghillie: More Chronicles of a West Coast Fishing Guide (Heritage $19.95) is a new collection of tales (42 of them) laced with wry observations. Gilly is the first woman to enter the bastion of male guides in the 1980s.

“Gilly’s boat was much cleaner and more organized. It even smelled better,” writes Giblin.

Gilly is a whiz at running her boat. She catches fish; she consoles a multi-millionaire who loses a trophy-sized tyee to dogfish; and she deftly saves the life of another arrogant know-it-all who manages to get his boat sucked into a massive whirlpool.

By summer’s end almost everyone wants to be aboard Gilly’s boat. The other guides are wising up, hosing down their blood-stained boats.

Troutbreath returns with a snorkel and mask to retrieve high-end fishing gear, expensive watches and designer sunglasses that have vanished overboard from boats and docks. After cleaning them, he sells them back to clients. Resourcefulness personified.

Placing himself in the story as narrator, Giblin is an experienced guide who is often paired with the most difficult and demanding clients. But he wisely holds his tongue. Better to be tipped, than not.

Then again, some folks do pose odd questions, like: “What’s the altitude here, anyways?” After being told they’re actually floating on the ocean, a cigar-chomping blowhard (nicknamed Heck) says it looks more like a lake.

“I knew from experience that guys like Heck never really cared about the answers once they had their minds made up,” writes Giblin. It also explains why some people piloted yachts using gas station road maps and wondered why the “river” flowed in both directions.

Giblin also dabbles in dreams and a little time travel. One episode sees Troutbreath encounter Captain Vancouver’s Royal Navy crew. “The man stood there with his hands on his hips. He was used to issuing orders to people. Troutbreath understood this guy at once. He had just spent the summer dealing with people like him.”

Giblin’s second chronicle is less about chasing fish and more about colourful characters who inhabit the islands or work at the lodges. They include friends that live aboard a float home who ask visitors to wear gumboots because their home is slowly sinking. An elaborate plan is hatched to lift and reposition the house on a new float. A hair-raising finale has neighbours coming to the rescue.

Indeed, these sparsely populated islands do have an abiding sense of community, which is clearly at the heart of many of Giblin’s stories.

Ultimately though, any attempts to sift truth from these tales or uncover identities would be a waste of good fishing time. 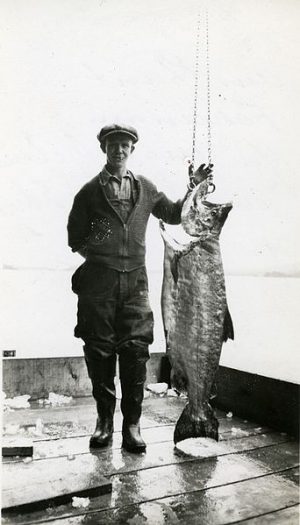