A belligerent but cerebral dog 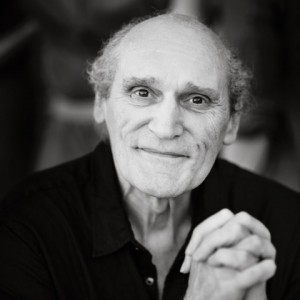 Norm Gibbons of Cortes Island was born in Vancouver in 1943 and attended UBC and UVic where he gained degrees in English literature, social work and creative writing. Well-travelled, he has lectured in social work and crisis intervention. He has undertaken business ventures such as marina development, housing cooperatives, aquaculture innovation and a plant nursery. Gibbons’ fictional trilogy, Edge of Desolation, covering one hundred years on Desolation Sound from 1919 to 2019, began with Volume One, Voyage of the Arrogant (Salmonberry Arts and Publishing, 2014). It explores “the lasting effects of hubris.” According to publicity materials: “In the spring of 1919, a famous American outlaw – long thought dead – arrives at Seaford, a small fishing village on Cortes Island. Under an alias, Frank Waterman defrauds the community and soon commits a murder. This founding story, a conflation of old island legends, becomes the catalyst for the sin of arrogance to sweep through decades and churn the lives of the island characters. In the tales that follow, treasures are lost and found. The tuna clipper, Arrogant, and crew of four, mysteriously disappear at sea. The sons of the vanished fathers suffer sexual and physical abuse at a catholic boarding school before setting forth on quests to discover their forbears.” Copies were made available on Cortes Island at Marne’s Books and Hollyhock Store; on West Redonda Island at Refuge Cove General Store; and online at Friesen Press or Amazon.ca. Endorsed by Ruth Ozeki and Rex Weyler, Gibbons released Volume II as Sea Without Shores (Friesens 2016), set in Refuge Cove in 1974. A reclusive narrator brings a mystery to light with the help of a “belligerent, but cerebral” dog. 978-0-9949188-0-2