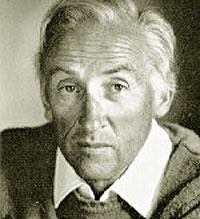 The most extraordinary and controversial missionary of British Columbia—and that’s saying a lot—was William Duncan, whose story is most fully told in Peter Murray’s The Devil and Mr. Duncan: A History of the Two Metlakatlas (Sono Nis 1985). A bastard son who escaped poverty by becoming a travelling leather salesman, Duncan was born in Yorkshire in 1832 and apprenticed with the Church Missionary Society in London. Having gained schoolmaster training from 1854 to 1856, Duncan was chosen by the Missionary Society to work among the Tsimshian on the northern B.C. coast to learn their language and hear their “heathen cry.” Duncan never sought to be ordained; he would later refuse ordination repeatedly to maintain his independence. Moses-like, he generated two Christian enclaves, both called Metlakatla. The first was situated 25 kilometres south of Port Simpson. The second was on nearby Annette Island in Alaska.

One of the most important biographies in B.C. literature is Peter Murray’s history of the radical Metlakatla missionary William Duncan, entitled The Devil and Mr. Duncan: A History of the Two Metlakatlas. After 30 years in the Prince Rupert area, battling with his superiors back in England, Duncan moved his Indian followers to a new village site on the Alaska side of the border. The radical extent to which Duncan ‘civilized’ his Christian converts was controversial even during the 19th century. Born in Yorkshire in 1832, Duncan worked in a tannery before attending a training school operated by the Church Missionary Society in London. Even though his career as a missionary was to span sixty years, he never sought to be ordained and later refused ordination repeatedly.

He arrived at Fort Simpson on the B.C. coast in 1857 and founded a prosperous village called Matlahkatla in 1862. Conflicts between the Missionary Society, the Church of England and the B.C. government, chiefly in the 1880s, prompted the mercurial minister to take his flock northward to another site where he could retain his authoritarian methods. Peter Murray was born in Vancouver on July 25, 1928 of Scottish-English descent. With 30 years experience in the newspaper business, chiefly with the Victoria Times-Colonist, Peter Murray also edited a volume of the collected columns of Jack Scott, called Great Scott!, and a collection of M.A. Grainger’s previously uncollected writing entitled Riding the Skyline. The Vagabond Fleet is Murray’s history of West Coast sealing schooners and the dispute between Britain and the United States in the 1880s and 1890s over what is known as “pelagic sealing”. During the so-called “Bering Sea” controversy, Britain and the United States came close to war over the hunting of fur seals in open waters. A fleet of 150 sailing vessels converged on Victoria to hunt the northern fur seal. An international treaty in 1911 finally slowed the slaughter. Many of the seals that were killed indescriminately sank before they could be recovered.

Murray’s Homesteads and Snug Harbours was the first comprehensive history of all the islands from Saturna to Texada from the 1850s to the 1950s. From Amor to Zalm is a light survey of B.C.’s premiers. Home from the Hill is a ‘triography’ on biographical materials pertaining to the lives of M.A. Grainger, Clive Phillips-Wolley and Warburton Pike [See separate entries], all of whom were authors who wrote about British Columbia.

William Duncan quickly learned enough Tsimshian at Fort Simpson to teach the singing of hymns and “God Save the Queen.” All nine Tsimshian tribes of the Lower Skeena had converged around the Hudson’s Bay Company fort, making them convenient targets for the American liquor traders. Liquor purchases were often financed by prostitution.

After four years, knowing the fort environment was detrimental to his converts, Duncan was intrigued to learn some of his followers wished to return to their winter village of Metlakatla (also spelled Metlakahtla or the Tsimshian Maax?akxaa?a, meaning “saltwater passage”) 25 kilometres down the coast.

Duncan led 60 followers in 1862 to the site where ten Tsimshian were still living. With authoritarian diligence, he founded a strict Christian village called Metlakatla where Victorian values were rigidly superimposed. Soon the population rose to approximately 400, mostly Tsimshian from Lax Kw’alaams (a.k.a. Port Simpson). His key convert, Tsimshian chief Paul Legaic, lived in both Lax Kw’alaams and Metlakatla. Whereas some five hundred smallpox deaths were reported at Fort Simpson, only five smallpox deaths were reported at Metlakatla where Duncan had quickly vaccinated his followers. Forsaking face-painting and the potlatch, Duncan’s followers built houses, observed the Sabbath, paid taxes, established a sawmill, a newspaper and a salmon cannery. There was a uniformed Tsimshian police force, a brass band and a church choir. No other white man was allowed to camp within four miles of the town. Punishments were meted out by Duncan. His word was law.

In 1867, Duncan hired architect Edward Mallandaine, Sr. to draw plans for a church, but he returned the drawings and refused to pay him. A year later, William Duncan presided over an 800-seat Gothic cathedral, the largest church north of San Francisco and west of Chicago. Other missionaries who were attracted to Metlakatla included Robert Tomlinson and William Henry Collison. There were an estimated 1,100 people living at Metlakatla by 1879.

Duncan made trips back to England to learn various trades and to publicize his increasingly famous mission: Africa had David Livingston; the wilds of British Columbia had William Duncan. But problems with Victoria and schisms with church authorities arose as a result of his dictatorial approach. Duncan maintained that his Metlakatlans ought to be able to live outside the Indian Act and that he should control property ownership. Eventually the Church of England’s Church Missionary Society expelled Duncan for his maverick tendencies in 1881, prompting him to create his own non-denominational Independent Native Church.

In 1887, the mercurial Duncan took 823 members of his flock northward to establish New Metlakatla on a site provided by the United States government on Annette Island in Alaska. The evacuees included teenager Edward Marsden (1869-1932), a protégé of Duncan’s, who would become first Alaska-based aboriginal to be ordained in the ministry as a reverend. Initially Duncan prevented Marsden from leaving the settlement; ultimately Marsden studied in the U.S. and his Presbyterianism put him at odds with his first mentor.

Increasingly intransigent, Duncan encountered more problems with American authorities. He limited education to age 14, and there were allegations of financial mismanagement and sexual misconduct.

The United States government seized the New Metlakatla property in 1915. Duncan remained there until he died three years later with almost $300,000 to his name, about half of which was in a Seattle bank account.

In 1922, the First Nations missionary Edward Marsden oversaw the construction of a Presbyterian church in Metlakatla and he remained there as the community’s religious and political leader until his death in 1932. The Presbyterian superintendent William Gilbert Beattie published a biography of Marsden in 1955 called Marsden of Alaska: A Modern Indian Minister, Missionary, Musician, Engineer, Pilot, Boat Builder, and Church Builder. New York: Vantage Press.

Metlakatla Pass was designated a National Historic Site of Canada in 1972 and Duncan’s cottage on Annette Island, built in 1891, remains as the oldest surviving building of the second Metlakatla settlement, also officially declared a heritage/tourist site by the National Register of Historical Place in the U.S. in 1972. But the story of Duncan and his flawed utopian communes remains little known to the general populace of Canada or the U.S.

The original First Nations village of Metlakatla has endured as one of the smallest of the Tsimshian communities, with a population of 117 in 1983, up to 801 in 2010. The Metlakatla Band Council speaks the Sm’algyax language. According to the band’s website, Metlakatla is the lone Tsimshian village “not associated with one particular tribe or set of tribes out of the Tsimshian nation’s 14 constituencies.”

Review of the author’s work by BC Studies:
The Vagabond Fleet