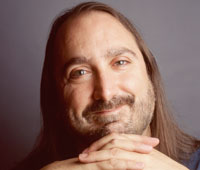 In 2009, Mark Leiren-Young won the Stephen Leacock Medal for Humour for his book about working as a 22-year-old rookie reporter for the Tribune, Never Shoot a Stampede Queen: A Rookie Reporter in the Cariboo (Heritage 2008). Other B.C. authors who have won the country’s top honour for humour are Arthur Black, Howard White, Bill Richardson and Eric Nicol. Other authors who have written for the venerable Tribune include Sage Birchwater, Veera Bonner, Gerry Bracewell, Eric Collier, Dan Paxton Dunaway, Diana French, Donald J. Hauka, Karen Piffko, Jean E. Speare and Irene Stangoe. Founded in 1930 by William Percy Cotton, The Tribune was sold to rancher George Renner in 1937, who sold it to Irene & Clife Stangoe in 1950. It was sold to corporate interests in 1966.

Mark Leiren-Young won his Leacock Medal for his true-life tall tales about life in rough-‘n’-tumble Williams Lake, home to a famous almost-annual rodeo that reputedly started in 1919. On the night he arrived in town for his new job in 1985, Leiren-Young chanced upon the scene of an armed robbery. Later the fish-out-of-water urbanite finds himself in a courtroom just a few feet away from a defendant with a bomb strapped to his chest. Then there was the news story about a plane that crashed without its pilot on board. The book became the basis for a one-man play he wrote, presented by Arts Club.

As a writer, Mark Leiren-Young is as versatile as they come.

In 2014, Leiren-Young was chosen as Vancouver’s first Jewish Literary Laureate, a new distinction shepherded into existence by cultural activist Yosef Wosk. In 2015, he served as the 2015 Harvey Southam lecturer at the University of Victoria. A screenwriter, playwright, critic, performer and freelance journalist, he wrote The Green Chain, a documentary-style drama about a dying B.C. logging town. It premiered in B.C. at the Fifth Avenue Cinemas in Vancouver in March of 2009. It received a major prize at the 15th annual FICMA Film Festival in Barcelona as well as a Gold Remi in Houston. Directed by Andrew Williamson, produced by Scott Renyard, the short comedy stars Lexa Doig and Jonathon Young. It has been touted as “a powerful, funny and thought-provoking film about the conflicts between people who love trees—on both sides of the battle—and are willing to risk anything to protect their personal visions of the forest.” With typical candour and humnour, Leiren-Young adds, “it features my niece Emma as a terrified child.”

As a journalist Mark has written for such publications as Time, Maclean’s and The Utne Reader, and he’s received a National Magazine Award as a columnist. He has been a regular contributor to The Georgia Straight and a humour columnist for The Tyee, where he hosted an environmentally-themed podcast series, The Green Chain, available on iTunes.

His stage plays have been produced throughout Canada and the U.S. and have also been seen in Europe and Australia. His scripts Shylock and Articles of Faith are published by Anvil Press. In 2015, Shylock was translated into French and Czech. The French translation was courtesy of the University of Lyon. The Czech translation was for a production in Prague in the autumn of 2015. His satirical comedy troupe, Local Anxiety, has been featured on CBC and NPR and has played major festivals across Canada. Local Anxiety’s TV special Greenpieces received an Earthvision Award for its satirical take on environmental issues. He has released two CDs with Local Anxiety—Forgive Us We’re Canadian and Greenpieces. Both feature the troupe’s hit song “I’m White, I’m Straight, I’m Sorry.” He’s half of the comedy duo Local Anxiety and has released two CDs—Greenpieces and Forgive Us We’re Canadian. He starred inb his 2012 solo stage comedy, Greener Than Thou. His other books include The Green Chain—Nothing Is Ever Clear Cut and This Crazy Time, written with/about Canadian environmentalist, Tzeporah Berman, as well as his candid, often painful, but always amusing memoir of post-pubescent ambitions for fame and love, Free Magic Secrets Revealed (Harbour 2013).

Never Shoot a Stampede Queen: A Rookie Reporter in the Cariboo
This Crazy Time: Living Our Environmental Challenge

Commissioned by Savage God Theatre, Mark Leiren-Young’s Articles of Faith (Anvil) blesses same sex unions. Also by Leiren-Young, Shylock (Anvil, 1996) is an award-winning play about a Jewish actor who is condemned by his own community for his portrayal of Shakespeare’s notorious Jew. Born in 1962, Leiren-Young has written numerous stageplays that include Local Anxiety, Blueprints from Space, Jim, Basically Good Kids, Escape from Fantasy Gardens and Exposé: The World’s Fair, Sometimes It Ain’t. His radio play Dim Sum Diaries was aired nationally on CBC’s Morningside in 1991.

The GREEN CHAIN: Nothing is Ever Clear Cut: Press Release

Raw log exports, environmental devastation, making a living … all are discussed in this exploration of the past, present and future of forestry.

It’s an emotional topic, especially in British Columbia, where Greenpeace and the Raging Grannies were born but where the economy has been fuelled largely by forestry. Both the logging industry and the environmental movement are facing unprecedented challenges, and the world is watching to see how Canada responds.

Leiren-Young discusses the problems and their possible solutions with 22 eloquent, passionate people, including:

Their perspectives show why the battles over forests are so fascinating, and may serve as inspiration for us all to conserve, respect and treasure resource.

The Green Chain also includes the screenplay for Leiren-Young’s award-winning film of the same name.

At some point in most male teenager’s life, a girl will be the motivating factor for some completely harebrained scheme. For 17-year-old Mark Leiren-Young, that girl was a long-time crush who had placed him in the dreaded friend-zone.

In a candid, often painful, but always amusing memoir of post-pubescent ambitions for fame and love, Free Magic Secrets Revealed (Harbour $26.95), Mark Leiren-Young recalls how he set out to win the heart of—or at least the attention of—Sarah Saperstein, by producing his own rock & roll magic show.

It is established early on that our lanky protagonist is definitely not one of the cool kids in school. While the self-described “built to be beaten up” Leiren-Young fails to achieve the lofty status of jock-dom, or the fantasized Nirvana of rock-dom, he does have one redeeming factor: he can write.

Our nerdy hero manages to become the writer and director of Black Metal Fantasy (the company he dreamed up with friend and magician, Randy Kagna) for a production that a big-name promoter, Rainbow, is going to take on.

Everything is bright and rosy. A prospective financier is in place and, better still, attractive females have been cast for the roles. Fame and fortune beckon from the proverbial horizon. Rainbow promises them a tour.

Meanwhile Leiren-Young is working part-time by dressing up in costumes for children’s parties, often as a gorilla or a rabbit. These bizarre gigs give him a taste of theatre, or at least entertainment, but they border on humiliation He always keeps his rabbit or gorilla head on his shoulders, not wanting to be unmasked. Once he speaks and someone suspects his identity, he makes a hasty exit.

While mounting Black Metal Fantasy, Leiren-Young soon discovers the harsh realities of show business, such as the difference between a promoter and a producer. It turns out Rainbow is strictly a promotion company and they won’t pay the bills. Meanwhile Mr. Rabbit Head’s troubles with the fairer sex continue.

A girl comes to his house, bringing wine and almond oil. Leiren-Young informs her he is allergic to nuts. She tells him the oil is not for eating. A massage session ensues. “I was about to go right there,” he recalls, “when we heard the key in the lock. It was Randy. The only time I’d ever put out the coat hanger and the selfish bastard ignored it.”

Amid other cringe-worthy anecdotes of frustration, confusion and failure, teasing and mixed signals abound. Throw in the unceasing presence of drugs and alcohol, and Leiren-Young perfectly captures the awkwardness of teenage lust and peer-group shenanigans.

None of the humour in Free Magic Secrets Revealed is of the mawkish, laugh-out-loud variety; rather this is a continuously endearing confessional in keeping with the playwright’s preceding memoir, Never Shoot A Stampede Queen (Heritage 2008), winner of the 2009 Stephen Leacock Medal for Humour.
978-1-55017-607-0

Eric Wilkins is a post-pubescent non-magician who attends Douglas College.