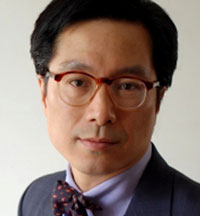 Established by Wong Kung Lai in 1913, Modernize Tailors is where JJ Lee apprenticed in order to write his acclaimed book, The Measure of a Man. It became the oldest, family-operated business in Chinatown. Wong’s two eldest sons sons, Bill and Jack Wong, later ran the business for 65 years, whereupon the City of Vancouver officially declared Modernize Tailors Day on November, 3, 2013. The Wong family’s Modernize Tailors was once the largest tailor shop in Vancouver after World War II. Clients have included Sean Connery and Gordon Lightfoot. The Chinese Canadian Historical Society held an evening event honouring Modernize Tailors and the Wong Family on April 9, 2016 at the Fraser Court Restaurant in Vancouver.