The Red River Expedition of 1870 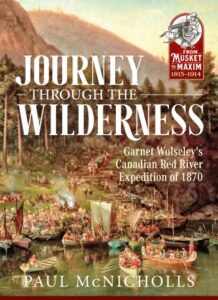 In 2017, Paul McNicholls was approached by a representative from the UK publisher Helion and Company and asked to write a book on Victorian military history, preferably with a Canadian slant.

McNicholls took the challenge and the result was Journey Through the Wilderness: Garnet Wolseley’s Canadian Red River Expedition of 1870 (Helion $39.50) which went into print at the end of 2019.

“With impeccable timing on my part, this was of course just in time for Covid lockdown and so I still haven’t had a book launch,” McNicholls says.

Journey Through the Wilderness is a detailed analysis of the formation, logistics and journey of the Red River Expeditionary Force in the spring and summer of 1870. The expedition was dispatched in response to unrest at Fort Garry, the site of modern-day Winnipeg, largely among the Red River Settlement’s Métis people. The Métis comprised the largest group at the settlement and had legitimate concerns regarding the effects of the pending Canadian takeover. Under the leadership of Louis Riel, they took matters into their own hands to make their case directly to the Canadian Government.

“For a military campaign without any battles, there are a surprising number of controversies and talking points, many between the Canadian civil and British military authorities,” says McNicholls. “This made for interesting research and writing.” –Editor 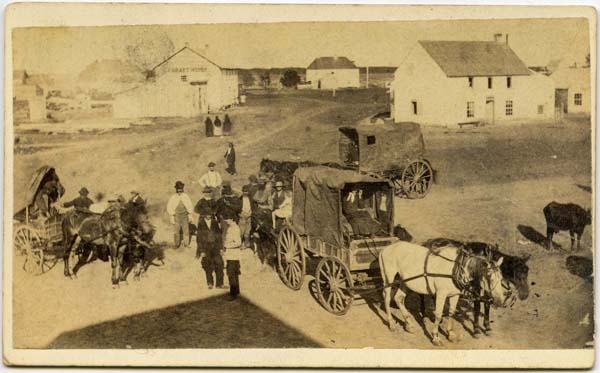 The Red River Settlement circa 1872. Courtesy University of Manitoba Archives.

Getting from Toronto to Fort Garry presented incredible difficulties and hardships and was a massive logistical challenge. The problem quite simply was that there was no easy way to get from Canada as it was constituted in 1869 to the loosely administered lands of the Hudson’s Bay Company; the vast piece of real estate that would shortly become the Canadian West. History, geography and the now failing business practices of the HBC had all conspired to leave the best routes to the west in United States territory south of the Great Lakes. Fear of the Americans getting there first, as seemed logical and quite likely at the time, was a big reason behind the Canadian Government being so keen to acquire these lands so soon after Confederation. The expedition would have to make its way from Toronto across Lakes Huron and Superior, traverse the partially constructed Dawson Road to Shebandowan Lake (there is much to be said about this in the book) and then in specially constructed rowboats, the men would have to sail, drag and portage their way across the Canadian Shield.

There were many who did not think it could be done. 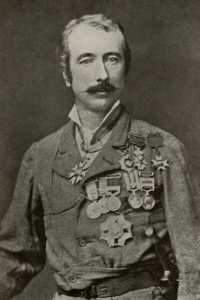 The expeditionary force consisted of one battalion of British regulars and two Canadian battalions of volunteers, supported by several hundred Canadian boatmen. Garnet Wolseley, the expedition’s commanding officer, was glowing in his praise for the Iroquois boatmen and guides from villages near Montreal. He was less effusive regarding some of the others. During its passage, the expedition would be strung out over as much as 150 miles. The troops travelled in boat brigades of 5 to 6 rowboats each with the British in the vanguard. They would reach Fort Garry first with the Canadians arriving in the days following.

Prior to the dispatch of the force, the British Government had announced it was withdrawing its garrison from Canada and had agreed to the participation of its troops only with considerable reluctance. Wolseley left Fort Garry within two weeks of his arrival and by the time he was on his way back to Montreal to take a ship for England, the British troops were on their way back as well. It was the Canadian troops of the expedition who would remain to form the garrison of Canada’s new empire in the west. My story ends with the departure of Wolseley and the British troops. 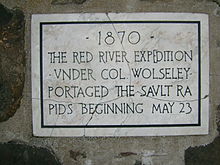 The Red River Expedition was the last military campaign led by the British Army in North America and is also an important though quite obscure piece of early post-Confederation Canadian history. Journey Through the Wilderness has been described by one reviewer as a forensic analysis and I was also awarded the Howard Brown Medal by the UK’s Victorian Military Society for an article I wrote for them based on the book.

Paul McNicholls was born in England but moved with his family to BC as a boy, where he has lived from 1966. He has resided on Vancouver Island since 1998.