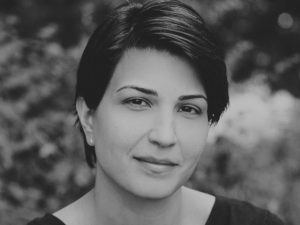 Vancouver writer Nazanine Hozar has been shortlisted for the Annual First Novel Award for her debut novel, Aria (Knopf Canada 2019) about an orphan girl’s coming of age in revolutionary Iran. The prize is sponsored by Amazon Canada and The Walrus magazine and is in its 44th year.

Hozar has also been shortlisted for the 2020 Ethel Wilson Fiction Prize.

Each of the shortlisted authors for the Amazon/Walrus prize will receive $6,000 and the winner will be awarded with the grand prize of $60,000.