#409 With Whymper to the Pacific

A Not-so-Savage Land: The Art and Times of Frederick Whymper, 1838-1901
by Peter Johnson, foreword by Robert Amos

With A Not-so-Savage Land, Peter Johnson provides the first book-length biography of this important colonial artist. “For me,” writes Ormsby reviewer Michael Layland, “it was a delight to see Whymper’s watercolours of his time on Vancouver Island in all their delicate charm.” — Ed. 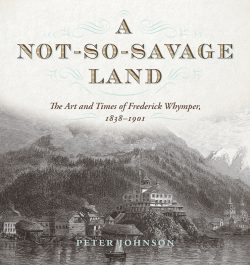 Peter Johnson has once again delved into a long-neglected aspect of our colonial past. His new book reveals the extraordinary life story of an artist who witnessed and recorded for posterity some fascinating episodes during the early days of British Columbia and its environs. He tells of adventures, places, and times that we need to know more about.

Readers might recall Frederick Whymper as a secondary character in one of Johnson’s earlier books, Voyages of Hope. He was one of those bare-chested hunks, a passenger/ volunteer-deck hand aboard the bride-ship Tynemouth, ogled by the corralled female passengers bound for the mate-deprived new colonies on the Pacific coast of British North America. Others will know of him as a member of the Vancouver Island Exploring Expedition of 1864. He was the official artist sent with Robert Brown to record that journey. 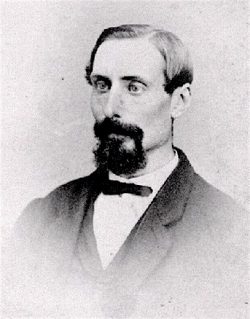 Frederick Whymper, circa 1865. Photo by Bradley and Rulofson, San Francisco

Whymper’s is a tale that ranges from Dickensian London to the glory days of San Francisco, and back. On the way, he witnessed the gold rush frenzy, privation, and bitter reality of the Cariboo, Waddington’s hare-brained scheme to build a railway up the well-nigh-vertical Homathko Canyon — and the associated massacre, reprisal, and harsh injustices. He helped in the desperate search for gold on Vancouver Island to fund the continued existence of the island colony made newly isolated by the major gold discoveries on the mainland. Next, he participated in the frantic race to survey and build an overland telegraph line from San Francisco to London via B.C., the Yukon, Alaska, Siberia, and across Russia. This had to be completed before a rival line could be laid beneath the Atlantic.

On the way, he learned to snowshoe, drive a dog team, drink with fur traders at a riotous Russian wedding, and survive over winter at the remote Fort Nulato on the Yukon River. While there, he attempted to add colour-wash to one of his drawings at thirty degrees below zero, inside the hut. He warmed his water glass on the stove, but by the time his brush reached the paper, he wrote, it had frozen and “simply scratched the surface. I had to give up.” Nonetheless, he succeeded in bringing back memorable images of his journeys, all included by Johnson in A Not-so-Savage Land. 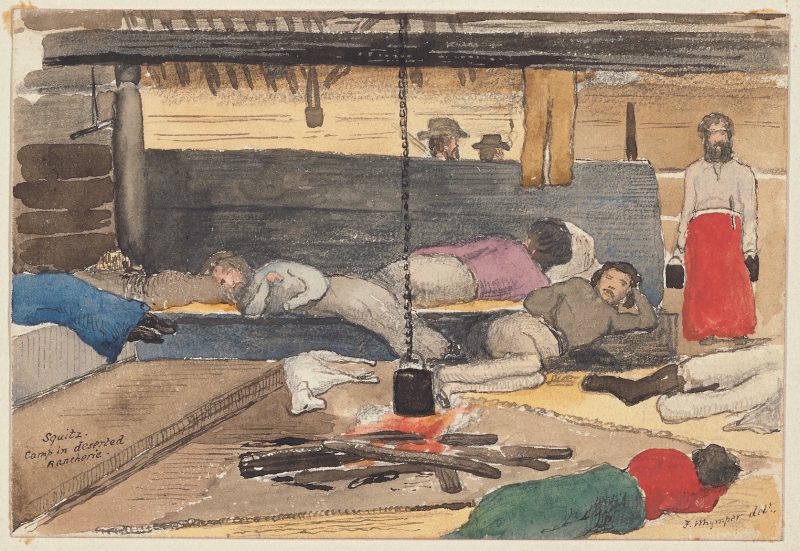 Camp in deserted rancherie at Squitz on the Cowichan River, June 13, 1865

Whymper returned to London to publish a book of his adventures thus far, before returning to the west coast. There, he became a journalist, travelling and promoting the new railroads of the United States and its far-flung, but now connected, communities. After losing his shirt in a mining speculation, he was instrumental in consolidating the artistic community of San Francisco around the highly successful Bohemian Club. Unfortunately, this would morph into a hangout where hustlers, tycoons, and politicians — up to and including presidents — huddled and cut deals. 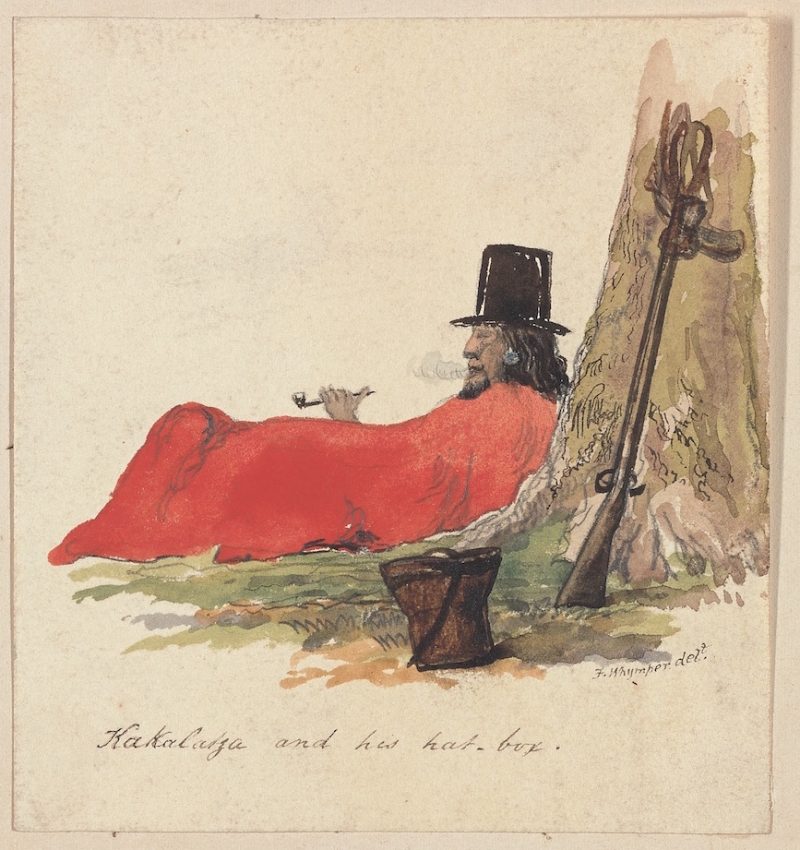 For mysterious causes, later revealed by Johnson, Whymper suddenly left California to return yet again to London. For a while he wrote and published illustrated travel stories as serials. He died in 1901, painfully in penury and distress, abandoned by his large and artistic family – his father was the illustrator and artist Josiah Whymper (1813-1903); his brother was the mountaineer Edward Whymper (1840-1911), known for making the first ascent of the Matterhorn in 1865. His family, in self-righteous zeal for the temperance crusade, tragically mistook the symptoms of an obscure ailment for his just deserts, retribution for a life of drunken dissolution.

Johnson brings further colour to the story of Whymper’s travels with supportive analysis of the contexts in which they unfolded. He describes the social and economic factors leading to Whymper’s skills as an engraver, and his attitude towards the wide variety of people he met and worked alongside.

Johnson briefs the reader on why Waddington wanted to build an impossible railway, and explains the causes of the Chilcotin massacre and its aftermath. He explains the rationale for the Collins-Western Union telegraph line, which was ambitious in the extreme, and the personalities who strived to make it happen. 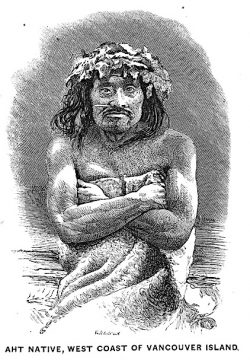 He revels in Whymper’s discovering the exotic menus and picturesque slang of the self-confident city of San Francisco. He empathizes with him over the hijacking of the free-spirited Bohemian Club by crass commerce.

For me, it was a delight to see Whymper’s watercolours of his time on Vancouver Island in all their delicate charm. We knew some of them from the books by John Hayman and Bart van den Berk concerning the Vancouver Island Exploring Expedition, but only in monochrome. They fully merit the full colour this book affords.

Johnson also includes some photographs he took during his own travels investigating while Whymper’s early and last days. Their use carries some irony since it was the advent of photography that rapidly superseded Whymper’s hard-learned family craft of wood-engraving for book illustration. Johnson explains how this happened and the various technologies involved. He makes clear the dilemma that obliged Whymper to reconsider his livelihood in order to survive. This, in turn, had driven his shuttling between London and the Pacific coast, and stimulated his multi-faceted career.

I found the many unfamiliar Russian and Indigenous toponyms and ethnological names of Kamchatka and the Yukon River Valley not easy to distinguish. I was, therefore, grateful for the three maps that Johnson provides in order to follow Whymper’s journeys. 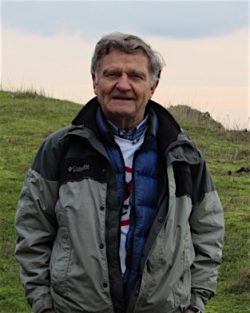 For my own projects, I have investigated in some detail the complex itineraries of the Vancouver Island Exploring Expedition. Because of this, I can quite sympathize with Johnson’s misreading of the chronology in some places. Such minutiae, however, should not detract from the overall coverage of this particular episode. Nor will it diminish readers’ enjoyment of Johnson’s recounting of Whymper’s many adventures.

Peter Johnson provides thorough source data and helpful captions to nearly ninety illustrations — watercolours, engravings, and photographs — included in the book. There are endnotes, an index, and a select bibliography. The well-known Victoria artist Robert Amos contributes a thoughtful and perceptive foreword, which reminds us that Whymper’s images from his travels are not just important historical records but should be appreciated for their artistic merit as well. 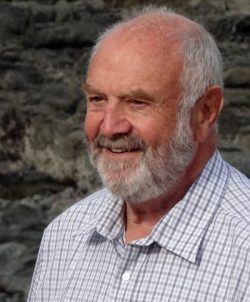 Michael Layland, resident of Victoria, has written two illustrated books on the exploration history of Vancouver Island: The Land of Heart’s Delight, and A Perfect Eden (Ormsby review #98). Both were finalists for BC Book Prizes and the BC Historical Federation’s annual awards for historical writing. His third book, In Nature’s Realm, recounting stories of the island’s early naturalists, is due for publication in fall, 2019. His publisher is Touchwood Editions. See michaellayland.com 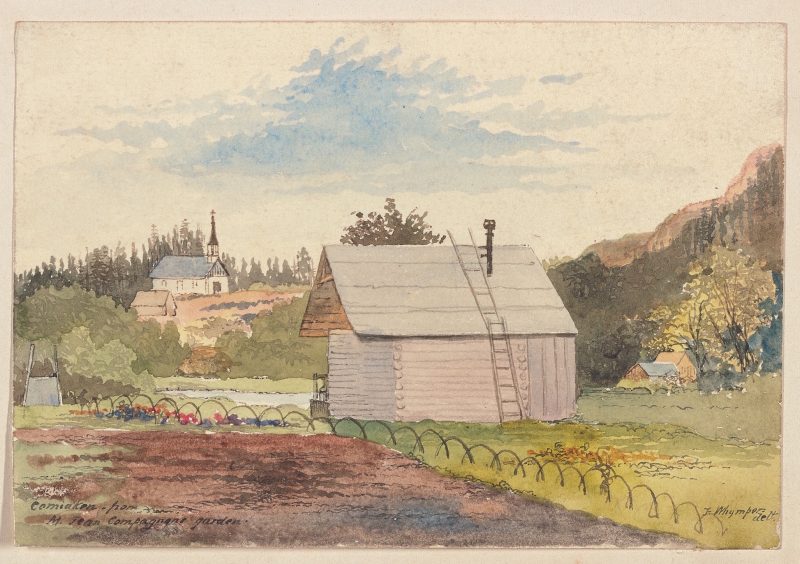 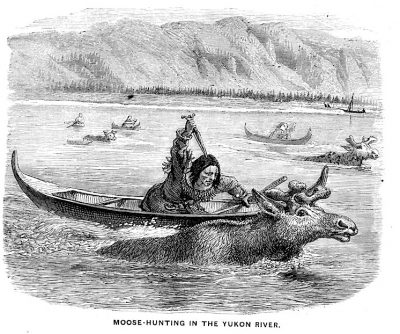 Moose-hunting in the Yukon River 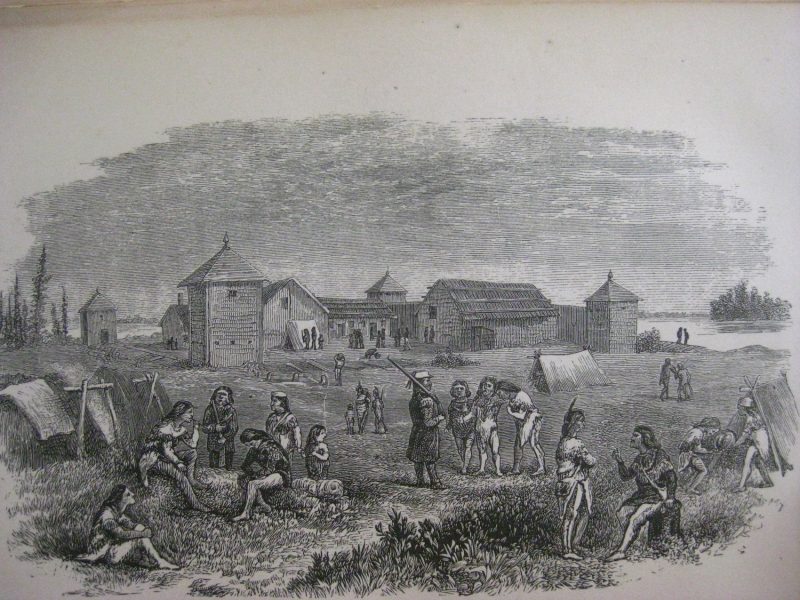 The Hudson’s Bay Company’s Fort Yukon at the confluence of the Yukon and Porcupine rivers. From Whymper’s Journal