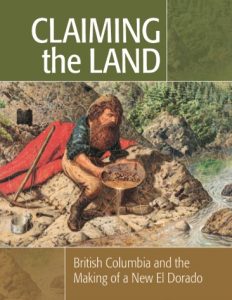 Daniel Marshall won the Basil Stuart-Stubbs Prize for outstanding Scholarly Book on British Columbia for his book Claiming the land: British Columbia and the making of a new El Dorado. The $2,500 prize, sponsored by UBC Library, Pacific BookWorld News Society and Yosef Wosk, was awarded at UBC’s Irving K. Barber Learning Centre in April of 2019. [More information below]

As a fifth-generation British Columbian whose Cornish ancestors arrived in the Pacific province in 1858, the year of the Fraser River gold rush, Daniel Marshall of Victoria was Chief Curator for the Royal BC Museum’s “Gold Rush: El Dorado in British Columbia Exhibit” in 2015 and he hosted the documentary Canyon War: The Untold Story, televised on Knowledge Network, APTN and PBS. As an adjunct assistant professor at the University of Victoria, he often takes his students into the Fraser Canyon to experience the landscape and its stories firsthand. 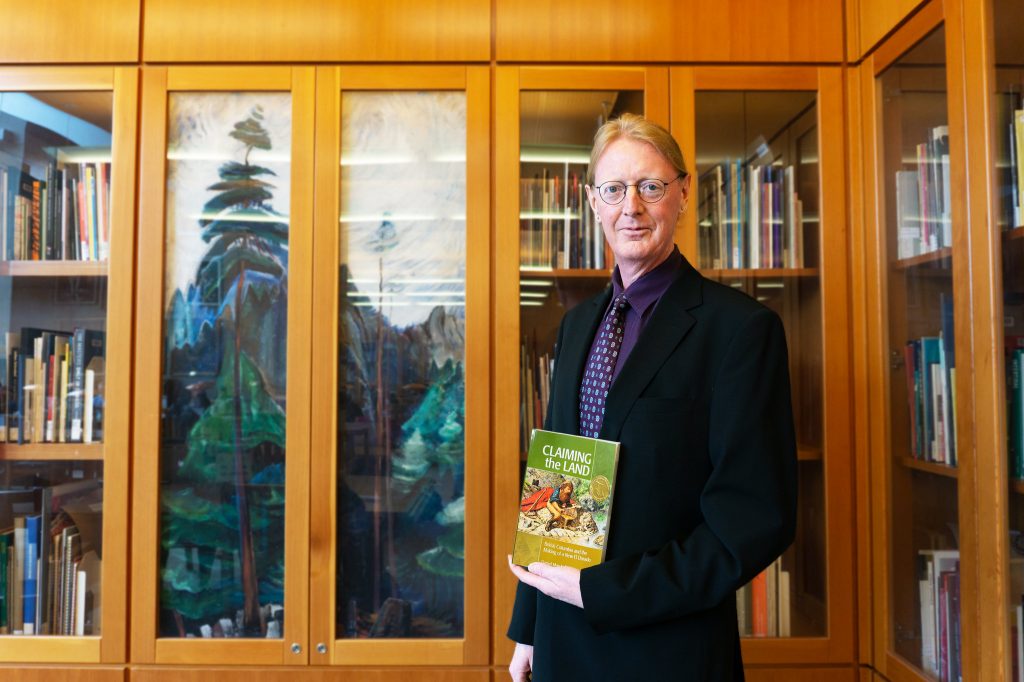 Previously, Daniel P. Marshall produced the first history of the Cowichan peoples written for, and approved by, the Cowichan Tribes. Originally intended as an educational text for Cowichan youth, Those Who Fell From The Sky (Rainshadow Press, 2000 $29.95) begins with the first ‘heaven-sent’ Cowichans who were dropped at various points among the wilderness long ago. Cowichan elders once assured young people that one day they would be compensated for land illegally annexed; it was only a matter of time and patience. Marshall outlines some of the land claims issues that remained unsettled as the 21st century began. Those Who Fell from the Sky: A History of the Cowichan Peoples received a BC2000 Millennium Award. Dr. Marshall serves as a Special Advisor on gold rushes to the Royal BC Museum.

Review of the author’s work by BC Studies:
Those Who Fell from the Sky: A History of the Cowichan People 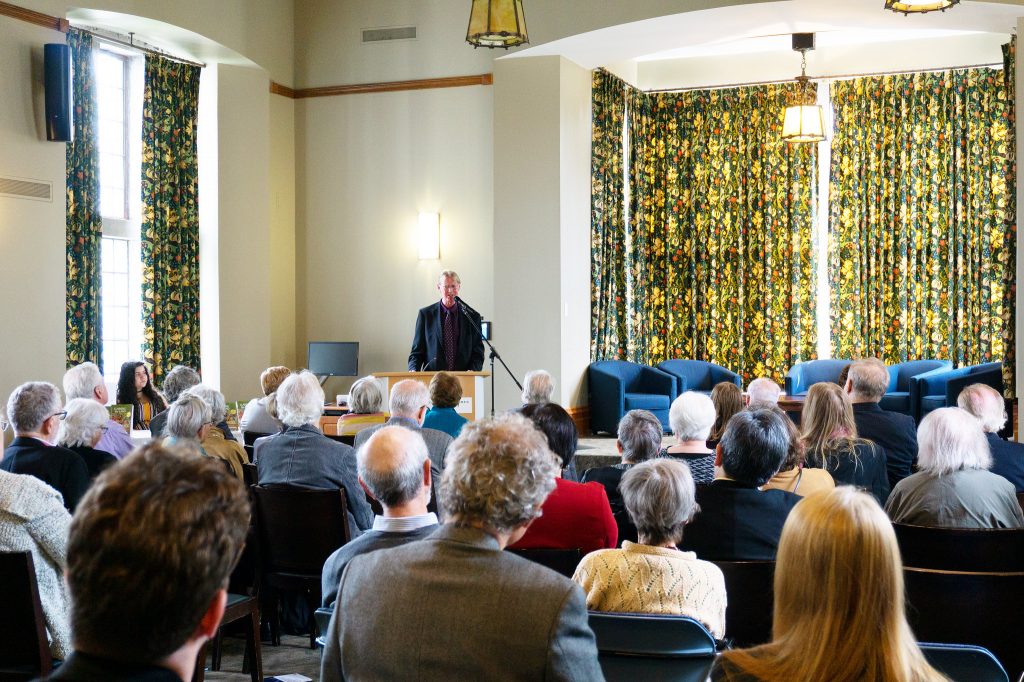 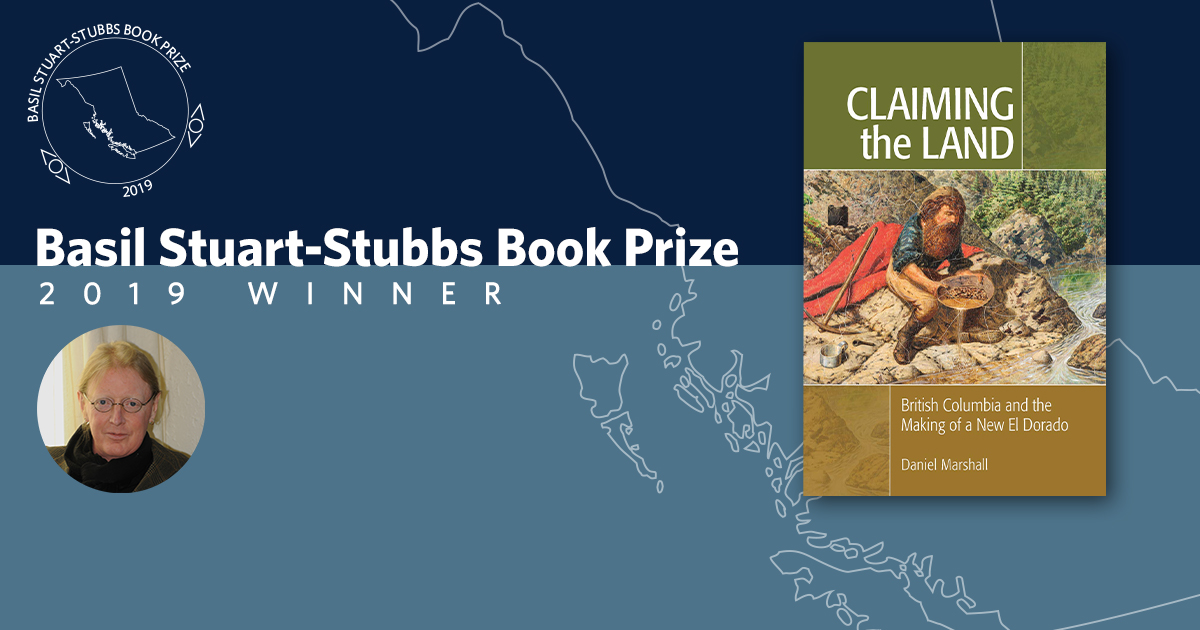 Dr. Daniel Marshall has won the Basil Stuart-Stubbs Prize for outstanding Scholarly Book on British Columbia for his book Claiming the land: British Columbia and the making of a new El Dorado. 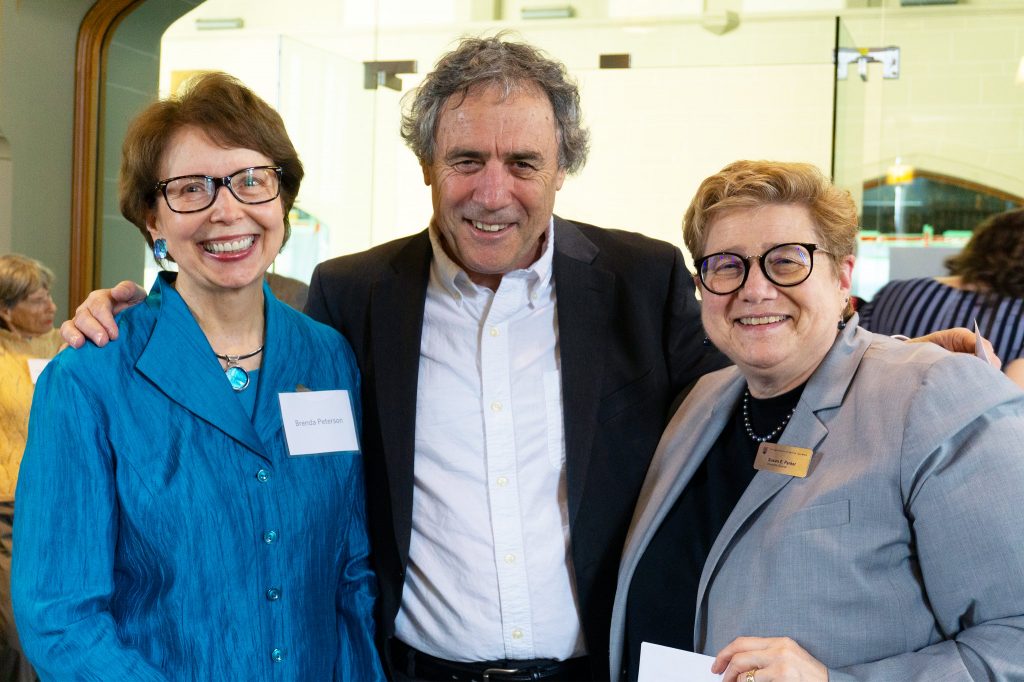 Claiming the Land: British Columbia and the Making of a New Eldorado (Ronsdale $24.95) by Daniel Marshall

As a child, Marshall visited the Fraser Canyon with his engineer father to soak up stories of great-great-great Uncle William, a roadway foreman who worked on the legendary Cariboo Wagon Road. He heard other tales of paddlewheelers, instant tent towns, saloons and gambling dens. Everyone was chasing, “the golden butterfly.”;

In Claiming The Land, Marshall writes, “There is no doubt that in the first crucial year of the gold rush, the Fraser River was an extension of Californian mining society and fell clearly into the orb of the tumultuous American West and its Indian Wars.”; In other words, “A good Indian is a dead Indian.”;

Marshall writes, “The press reports went on to say that Indigenous women were panning out $10 to $12 of gold a day. To the patriarchal world of white California, news of Native women accruing such wealth encouraged the notion that gold on the Fraser River was easily obtainable.”;

Word spread throughout the US, eastern Canada, Europe and beyond.

The Fraser River gold rush was the third great mass migration of gold seekers that the world had seen, following rushes in Australia and California. A glance at a Fraser Canyon map from 1858 illustrates just who was doing most of the panning at Ohio Bar, Sacramento Bar, Washington Bar, American Bar, New York, Fifty-four Forty Bar, Boston Bar, Texas Bar, and others.

At least 30,000 Americans swept north across the 49th parallel, by sea and overland; some argue it was actually thousands more because there was no colonial authority on the mainland at the time. However, the Hudson’s Bay Company was on the scene, conducting a fur and salmon trade with First Nations partners, indeed, HBC had previously bought gold from Indigenous people. They had discovered the gold, and were the first miners.

The California 49ers were coming from — and through — a region aflame with what were known as Indian wars. The US Military was clearing a corridor in a campaign of extermination. At first there was an “unspoken detente”; north of the 49th between Indigenous people and the miners, but as the rush moved higher into the Thompson region, conflict erupted.

Headless bodies of miners floated the Fraser River. At least five native villages were torched by militias. In one engagement 36 natives were killed, 5 or 6 chiefs among them. During an interview Daniel Marshall recounts digging deep into US archives in the Pacific Slope region to uncover more about this little-known war.

“Quite a number of my professors poo-pooed this notion,”; he writes, “but I started to accumulate the kind of evidence that was never featured in the colonial correspondence for the Colony of Vancouver Island or British Columbia. Where did those miners send their letters, and samples of Fraser River gold? Where did their diaries end up? All south of the border. It’s in those collections that you find greater and greater evidence for this Fraser Canyon War in 1858.”;

Unlike conditions for the California rush, the Hudson’s Bay Company provided something of a buffer between the miners and native peoples. Chief Factor James Douglas wore two hats, as the head of HBC and as the Governor of Vancouver Island. At first, Douglas wanted to stop Americans from coming into B.C., but was overruled by the Colonial Secretary who wasn’t eager to hazard another war with the US.

Douglas did his best to assert British authority on the mainland. The Nlaka’pamux were accustomed to trading furs, fish and gold with the HBC, not being forced off the river and out of the picture. At one point they completely shut down the gold rush on Fraser River. Miners retreated to Yale, others returned for good to California.

“This ultimately caused miner militias to be formed,”; says Marshall. “Thousands were called together to elect their military officers to go up the canyon.”;

Captain Henry Snyder of San Francisco attempted peace treaties with Indigenous groups and got as far as Spuzzum where he discovered Whatcom Guards were intent on killing every Indian man, woman and child. Mysteriously, the Guard’s two leaders were killed in the night.

Snyder was later successful in negotiating a peace with Chief Splintlum who understood the bigger picture: violence to the south was wiping out Indigenous people. Marshall thinks a larger war would have ended badly.

“160 years ago, if James Douglas wasn’t there and Indigenous people hadn’t fought back, this could very well have become part of the USA. American troops would have come into the Fraser Canyon with Howitzers.”;

Claiming the Land further explores the three main cultures of 1858 — the doomed fur trade, Californian and British. He makes an argument that the gold rush, with its north/south flow, precipitated the need for an east/west Canada to the Pacific that came to be in 1871. “Manifest Destiny”; wasn’t far behind. He also reminds us how everything changed for Indigenous peoples in 1858 — something we continue to grapple with today. 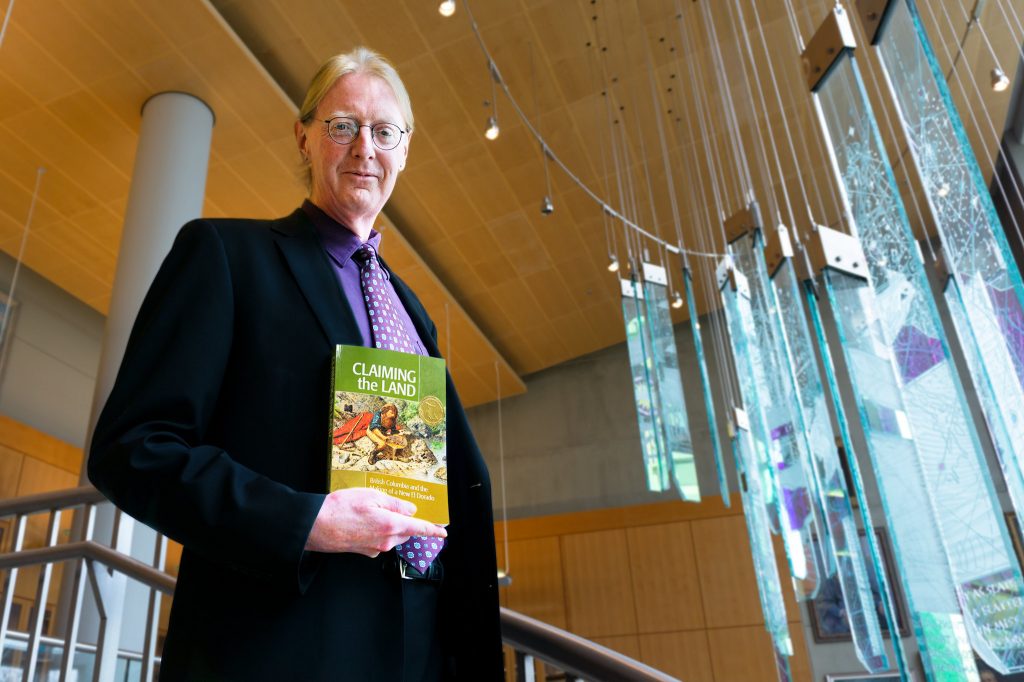