The Bridge from Day to Night
by David Zieroth

Born in 1946, North Vancouver’s David Zieroth grew up on his parents’ farm at Neepawa, Manitoba, an upbringing that has provided ample fodder for his career as a poet.

Reviewer Christopher Levenson praises Zieroth’s craftsmanship, poetics, and direct language. “What is most striking about Zieroth’s language is its down-to-earth, measured quality, its sobriety.” — Ed. 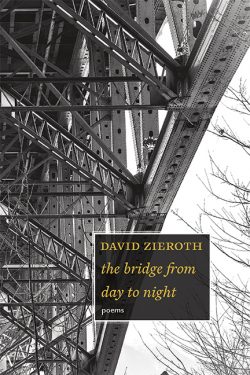 Inevitably, in his latest book David Zieroth, Dorothy Livesay Prize winner in 1999 and Governor-General’s Award winner in 2009, covers some ground familiar to many older poets, such as Kate Braid, including the wry acceptance of ageing, the new role as grandparent, and coming to terms with death, but the tone is markedly different.

Though the first poems immerse us in the minutiae of his North Vancouver setting, readers familiar with Zieroth’s previous work will recognize recurring themes, such as an ongoing inner dialogue between aspects of his present self and his rural prairie childhood and family.

Cumulatively, what is most striking about Zieroth’s language is its down-to-earth, measured quality, its sobriety. This derives in part from the fluidity of his lines, which feel as if they were being overheard rather than deliberately spoken, though by the same token this makes it difficult to quote brief extracts.

Take, for instance, the first two verse paragraphs of “my father’s talking to me” (p. 41):

… volubly, pointing out below
the valley of small lakes gleaming up
where we’re ledge-perched, the wind
Inside our jackets, pulling our pockets
before he begins down the trail
Into the bottomland, the shining lakes
waiting, to plant some new seed
of blue mirror sheen inside himself
we stop, he talks, and the stream of air
takes the words – 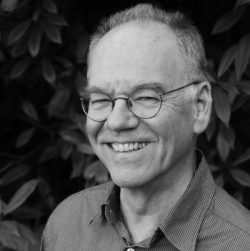 Though not syntactically complex, the absence of punctuation ensures a sinuous quality that helps reinforce the meaning and the pervasive meditative tone. This in turn is augmented by Zieroth’s management of sound, as for instance here in “Hallucinatory light,” one of several poems in which he celebrates farm animals:

one bulb above the round backs of cows, saddle
backs of workhorses always calm yet accustomed to
colossal acts of power, pulling the stone boat
while dreaming (it seems), even as rocks thrown in
threaten the boards onto which they fall.

One could instance the assonance of “round” and “cows,” the repeated “c” sounds of “calm,” “accustomed,” “colossal,” or the chiming of “stone” and “thrown,” but just as the average reader would not necessarily be aware of how the tight-knit quality of the verse is achieved, so too these internal resonances and half rhymes are not structures that an experienced poet normally creates deliberately: rather they emerge during revision as a result of subconscious or at most semi-conscious choices of words and are guided at least in part by their sound value. In poets like Zieroth this becomes second nature.

Not surprisingly, the most moving poems tend to be those that deal with childhood memories, such as of the large brown gelding that evokes the boy’s sense of betrayal when the horse he admires and bonds with — whose “large liquid eyes/ a child dives into and imagines himself/ some other being, greater than mere boy” — suddenly disappears.

But perhaps the poem that struck me most was “The Photographer.” Granted, many good poems are inspired by old family photographs. Here, though, the poet’s family connection with his grandfather takes on far wider socio-political significance as it evokes the internment of recent German immigrants as a result of the 1915 War Measures Act. The poem ends: 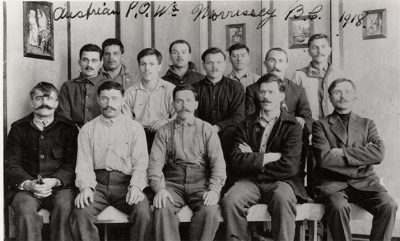 my grandfather sits here, shocked rigid
What of his wife on her own, on the hard farm
and with children? I see his panic
The mark of betrayal on his face
that he was invited (like many)
to occupy the West, that he left
His ancestral home not knowing
The drift of history would ensnarl him
And, today, he’s determined to show
That whatever the camera captures
It is not humiliation swelling within

Many of the later poems are “about” death, whether animals — two mice killed by the local tomcat, a rat, a dog euthanized, or human — a place in the Rockies where a friend wishes to die, a back alley murder, “Last thoughts of a suicide” — but here again the tone is contemplative. Zieroth does not pronounce but asks questions, formulates attitudes. 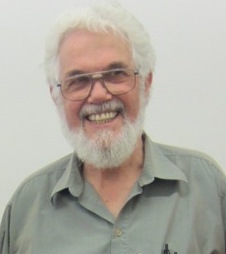