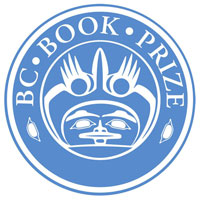 The 33rd annual BC Book Prizes gala awards will be presented in Vancouver on April 29.

As usual, nominations between men and women were relatively balanced. Vancouver, BC – The West Coast Book Prize Society is pleased to announce the names of the finalists vying for recognition in seven categories at the 33rd Annual BC Book Prizes.

Carmen Aguirre, Mexican Hooker #1: And My Other Roles Since the Revolution (Random House Canada)
Deborah Campbell, A Disappearance in Damascus: A Story of Friendship and Survival in the Shadow of War (Knopf Canada)
Mohamed Fahmy, with Carol Shaben, The Marriott Cell: An Epic Journey from Cairo’s Scorpion Prison to Freedom (Random House Canada)
Joy Kogawa, Gently to Nagasaki (Caitlin Press)
Mark Leiren-Young, The Killer Whale Who Changed the World (Greystone Books)

The winners in the seven categories above will be announced at the Lieutenant Governor’s BC Book Prizes Gala on Sat, April 29, 2017 at the Pinnacle Harbourfront Hotel in Vancouver. British Columbia’s Lieutenant Governor, the Honourable Judith Guichon, OBC, will be in attendance.

A selection of the shortlisted authors (to be announced in the coming weeks) will be part of BC Book Prizes On Tour. This author reading tour will take finalists to schools and public venues in many communities throughout BC in April 2017.