The Moral Work of Nursing 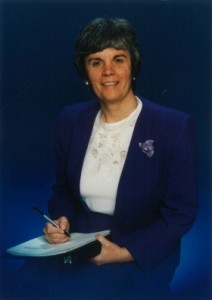 Hazel Magnussen’s first book  A Doctor’s Calling: A Matter of Conscience (Parksville: Wembley Publishing, 2006) recounts the life and murder of her brother, Dr. Douglas George Snider, and his efforts to ensure quality medical care for his community in the Alberta Peace country.

In May of 1999, Snider was killed in Fairview, Alberta–where Magnussen launched her book in May of 2006–by a fellow physician. The perpetrator was charged with first degree murder, convicted of the lesser charge of manslaughter (and released from prison in 2008). Magnussen suggests the Canadian justice system is weighted too heavily in favour of criminals and that medical regulators must become more forceful in dealing with abusive and disruptive practitioners.

The book, A Doctor’s Calling: A Matter of Conscience, is out of print but continues to be available in some libraries.  It is now available in Epub format with an updated Afterword (contact authorhazel@gmail.com).

Her second book concerning health care is a blend of narratives, historical insights and current research about nurses and their profession, The Moral Work of Nursing: Asking and Living with the Questions (Victoria: Promontory Press 2014 978-1-927559-50-5 $17.99 / also available as an e-book. A second, expanded edition appeared in 2017. It includes new chapters in community health nursing and end of life care. $19.99 978-1-987857-82-5.

Hazel Joan Schattschneider Magnussen graduated from the University of Alberta Hospital in Edmonton, Alberta in 1964. After two years as staff nurse in an Alaska Native Hospital, she returned to Canada and became the first graduate of the Outpost Nursing Program at Dalhousie University in Halifax, Nova Scotia in 1969. Hazel completed her Bachelor of Science degree in nursing at the University of Alberta in 1972. Hazel worked in management and coordinator positions in public health nursing, programs for the elderly and persons with neuromuscular disorders before undertaking studies in health care ethics. After completing a Master’s degree in Theological Studies from St. Stephen’s Theological College in 1988, Hazel continued to write about health care ethics while working in nursing education and mental health nursing. Her nursing work and studies took her to five provinces and two territories of Canada and one American state. Since writing the book, A Doctor’s Calling: A matter of conscience, Hazel has advocated for change in the medical profession’s management of disruptive behaviour and criminal justice reform on behalf of crime victims. In her more recent books, Go North Young Woman, Go North and The Moral Work of Nursing: Asking and living with the questions, Hazel focuses on developments in health care, changes in the nursing profession and the well-being of nurses.  Since her husband’s death in January 2015, Hazel has moved from Vancouver Island to Edmonton, Alberta.