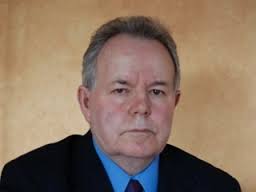 Born and raised in Hazelton, Gitxsan leader Neil J. Sterritt will be launching his new book, Mapping My Way Home: A Gitxsan History (Creekstone Press) in Hazelton on Thursday, April 14, 7 pm at The Hazel Branch (formerly The Trading Post). He’ll also be doing a book signing at Northwest Community College in Smithers on Friday, April 15 from 4-6. Books will be for sale and refreshments served at both locations.
—

Neil Sterritt and his family lived for many years at Temlaham Ranch, the site of a Gitxsan ancestral village on the Skeena River (a.k.a. Temlaxam or Dimlahamid.) He is a member of the House of Gitluudaahlxw and was president of the Gitxsan-Wet’suwet’en Tribal Council from 1981 to 1987, key years in the lead up to the precedent-setting aboriginal rights case known as Delgamuukw v. BC. Sterritt he was on the stand for 34 days during the Delgamuukw trial. He has written extensively on aboriginal rights and governance and serves as a consultant to many aboriginal organizations around the world, having co-authored Tribal Boundaries in the Nass Watershed (UBC Press 1999).

In 2008 he received an honorary doctorate from the University of Toronto in recognition of his “lifetime contributions to the understanding and expression of aboriginal citizenship in Canada”. He also served as Director of Self-government, Assembly of First Nations in Ottawa from 1988 to 1991. In Mapping My Way Home: A Gitxsan History (Creekstone 2016), Sterritt now traces the history of the area at the junction of the Skeena and Bulkley Rivers, the resiliency of the First Nations residents who have maintained the villages of Gitanmaax and Hazelton, dating back to the Gitxsan ancestral village site of Temlaham, as well as his own personal story of growing up in Hazelton and his eventual role in helping his people fight the ground-breaking Delgamuukw court case.