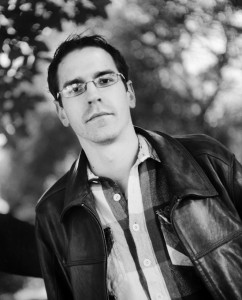 D.W. Wilson of Victoria has won the CBC Short Story Prize for ‘Mountain Under Sea,’ selected from more than 2200 works received from across the country. As grand prize winner, Wilson receives $6000 from the Canada Council for the Arts and his prize-winning story will be published in the May, 2015 edition of Air Canada’s enRoute magazine. He was also given a 10-day writing residency at The Banff Centre. The jury was comprised of Caroline Adderson, Sean Michaels and Joan Thomas. They found Wilson’s story ‘Mountain Under Sea’ to be “a marvel of compression and emotional restraint; its language is deft and its characters, warm with teasing affection, feel impulsive and alive. Touching, witty, and surprising, this story turns its lens on a grief that deepens not only each character’s engagement with life, but ours.”

D.W. Wilson was born and raised in the small towns of the Kootenay Valley, British Columbia. He is the recipient of the University of East Anglia’s inaugural MAN Booker Prize Scholarship-the most prestigious award available to students in the MA program. His stories have appeared in literary magazines across Canada, Ireland, and the United Kingdom, including the Malahat Review, Grain, and Southword. He formerly lived in London. His first collection of stories is Once You Break a Nuckle (Bloomsbury / Hamish Hamilton, 2011). which includes the 2011 award-winning BBC National Short Story, ‘Dead Roads’, and his first novel is Ballistics.