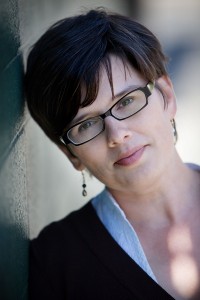 Janet Munsil’s That Elusive Spark (Playwrights Canada $16.95) has been shortlisted for a Governor-General’s Award for drama in 2014. Described as a wild theatrical romp and an insightful romantic comedy, That Elusive Spark  by brings together the stories of Phineas Gage, a construction foreman who miraculously survives an explosion that shoots an iron rod into his brain in 1848, and Helen Harlow, a young neuropsychologist in modern times. Phineas makes an extraordinary physical recovery but undergoes a dramatic change in personality.

Phineas is attended to by young Doctor James Harlow, an ancestor of Helen, who has jettisoned a promising career by living in a frat house and teaching Psych 101.

Munsil is a graduate of UVic’s Phoenix Theatre Program and has produced the annual Victoria Fringe Festival, Uno Fest and Winterlab. She was recently commissioned by Theatre Calgary and Canada’s National Arts Centre to adapt Jane Austen’s Pride and Prejudice.