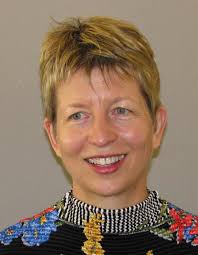 DIRECTIONS: Approachable via Ölgii, capital city of the Bayan-Ölgii Aimag of Mongolia, the closest airport to High Altai Mountains in western-most Mongolia

Prior to B.C. translator Katharina Rout publishing her translation of the boyhood memoir of shaman and political leader Galsan Tschinag from the B.C.-based imprint Oolichan Books, Rout visited him in the High Altai Mountains of central Asia in 2004 where Galsan Tschinag resided as the author of more than 30 books, mainly published in German. Galsan Tschinag is the German name taken by Irgit Shynykbai-oglu Dshurukuwaa, a Tuvan who was born in Mongolia in the early 1940s. Rout subsequently provided the text for Galsan Tschinag’s autobiographical work, The Blue Sky (Oolichan $24.94), as well as this account for B.C. BookWorld of her encounter in the steppes of western-most Mongolia.

In 2001, I fell in love with Galsan Tschinag’s work. My first e-mail reached him two days before the fall of the Twin Towers, his reply to me two days after. He called my hope to translate The Blue Sky one day a small sun, shining from the West, and sent me a large herd of good spirits. Coming from a practising shaman, the wish for good spirits meant a great deal. Two years later, I met Tschinag when he was in Germany on one of his many reading tours. Immediately he inquired about my family and began sharing the story of his. He spoke of life, death, family, love, and the heart. Before dinner, I learned about his horses, after dinner, about how as a shaman he heals people, even with a life-threatening injury inflicted by a horse. A bit of Mongolia had arrived in Germany. He takes some Altai soil with him wherever he goes.

In 2004, my husband and I went to visit Galsan in Mongolia. From the first moment, we were impressed by the hospitality. His children had been instructed to guide and take care of us. In Ulaanbaatar, they put us on the plane to Ölgiy, where we were met by another son who had spent two days coming down from the Altai to pick us up. From Ölgiy (elevation 1700 metres) we travelled by jeep towards the distant mountain range. We were near the Russian border, and skirmishes in response to political borders that arbitrarily cross ancient tribal lands were common.

After hours of driving through the steppe and foothills—there are hardly any roads in Mongolia—we reached a windy mountain pass with a large ovoo, a cairn of sacrificial stones that marked the beginning of the traditional land of the Tuvans and, as the Mongolians say about this part of their country, the roof of the world. The air smelled of sage, and before us lay an awe-inspiring ocean of greenish-blue velvety mountain backs, broad valleys left behind by glaciers, and snow-covered peaks in the distance. ‘Altai,’ Galsan Tschinag has written, comes from ‘ala,’ multi-coloured, and ‘dag,’ mountain. As the winds drove clouds across the sky, the mountains seemed to move under the changing patterns of sun and shadow, and it was easy to understand the Tuvans’ veneration for the Altai.

For the next few hours we kept climbing. From time to time, a Kazakh or Tuvan yurt could be seen in the distance. In a few valleys, herders were making hay from small patches of green: struggling for every blade of grass. Towards evening we arrived in the Tsengelkhayrkhan mountain range.

Towering over three yurts on a ridge at the end of a valley near the Black Lake was the 4000 metres high sacred mountain. The Tuvans call it Haarakan, Great Mountain, because awe and respect forbid them to spell out the proper names of what is divine or dangerous. This was the furthest the jeep could go. To meet us, Galsan Tschinag had left the neighbouring valley and ridden across a mountain through hours of a lashing rain storm. We saw him from afar astride his white horse waiting on the ridge. He welcomed us into a yurt especially made for us—a brand-new, shining white yurt we were invited to take back to North America. We were offered different kinds of cheese and fried dough, and invited to drink from the silver bowl that has come down to him from his ancestors—as has his snuff bottle, his silver flint and the silver sheath of the dagger he wears on his silk saffron belt over his blue velvet coat when he is in the Altai. His son came to play a concert for us on the horsehead fiddle. He had brought the mail with him from Ölgiy, which included an invitation by the President of the Republic of Tywa, who hoped Galsan Tschinag would join him for the celebrations of the republic’s tenth anniversary; he would be offered a place of honour next to Putin. Clearly, we had arrived at the court of a prince. And we were honoured because translations build bridges—honoured by a man who is a most extraordinary bridge builder himself: As a shaman, he mediates between his community and the spirit world; as a chieftain, he connects Tuvans with each other; as a writer, he forges links between the oral tradition and epics of his people and the literate world outside; as a politician, he negotiates a future for his minority Tuvans among a sometimes hostile majority of Kazakhs and Mongolians; as a translator and teacher, he crosses, and enables others to cross, the linguistic borders of Tuvan, Kazakh, Mongolian, Russian, and German; and as a host, he opens his small yurt in the Altai, and his large yurt—the Altai and the steppe itself—to guests from abroad.

The next day, we continued our journey on horseback. Across steep, rocky terrain and a ridge more than 3000 metres high we rode for hours to reach the juniper valley, the summer pastures for a number of Tuvan and Kazakh families. There we watched Galsan Tschinag work as chieftain and shaman, and as host of a group of Europeans who, like us, had come to the Altai to learn about the Tuvans.

Every day Galsan took us to visit Tuvan and Kazakh families in the valley. Each had prepared a spread, mostly of meat and dairy products, but also of fried dough and sweets, and each offered us salted, buttery milk-tea and—since it was the foaling season—both fermented and distilled mare’s milk. In one yurt, a whole wether had been slaughtered for the occasion. These were celebrations, but they clearly were also opportunities Galsan Tschinag created to braid together the Tuvan and Kazakh families who have to share the sparse resources of the land. He was always given the seat of honour at the North end of the yurt, and while the guests were offered delicacies such as the fatty tail of a sheep, he inquired—in Tuvan, Kazakh, or Mongolian—about the well-being of each family and their animals. As a result of four catastrophic winters and unusually dry summers, the nomads in the Altai had lost two-thirds of their herds in the previous decade. Galsan Tschinag’s visits and the European visitors he has brought into the Altai for the last fifteen summers have created employment and income opportunities. We never left a yurt without him handing over a substantial stack of tugrik bills, but we also watched him engaging with every adult in the family; introducing the children to us; stroking, massaging, and caressing the sick and aged; praising (and translating into German) outstanding events and achievements; and making everybody feel encouraged and important.

In the process, we heard people’s stories. We learned how mothers on horseback carry their baby’s wooden cradle when the family moves: on a leather strap around the neck. More importantly, we learned how a family’s history can be read from the second, thinner yak-leather strap stretched across the cradle. It allows visitors to avoid asking painful questions and instead find gentle and empathetic words. For every birth of a boy, a sheep’s right ankle bone is tied to the strap, for every girl, a left one. For every child that has died, the bone is removed, but the knot remains. Bones connect life and death, the material and the spiritual. They were read by our host, by the shaman who provided guidance and support, and who taught us to read in the book of nature. A rock face, so forbidding from a distance, shows fracture lines close up: nothing is forever, everything changes. Birds that breed their young at a lake near the foot of Haarakan’s glacier grieve when one of the couple dies. The shaman translated: love is the key to life, and the cause of suffering. Do as the birds.

The morning we started our two-day trip back to Ölgiy, people gathered to say farewell. Each was blessed by Galsan Tschinag, the shaman, with the traditional sprinkling of milk. And because my husband and I were the first North Americans to come to the Tuvan land in the High Altai, we were given special gifts to take home. The Cold War is ending, people had repeatedly said to us in the days before. When we laid our customary three stones on the ovoo, we had reason to be grateful indeed.

Before I left, Galsan made one final observation: “I am convinced that our corner could quickly turn into a Karabakh or Kosovo,” he warned, “if in a country such as ours, with a colourful mix of peoples and a leadership that glorifies violence and war, the Tuvan people were to glorify their own and denigrate their neighbours’ cultures.”

Bridges have to be built from both sides of a river, though. While Galsan Tschinag promotes foreign-language learning among the Tuvans, he also gives one manuscript a year for publication, royalty-free, to a Mongolian publisher, hoping to sew the seeds of respect for Tuvan culture among his fellow Mongolians. His stories, he says about all his books, are not his stories alone: they are the stories of his people.

And they are stories for the world.

Born near Kassel, Germany, Katharina Rout studied German and English in Münster, North Rhine-Westphalia, where she earned her Ph.D with a dissertation on silence in Middle High German love poetry. In 2015, she was teaching English, Literature in Translation, and Transnational Literature at Vancouver Island University in Nanaimo.