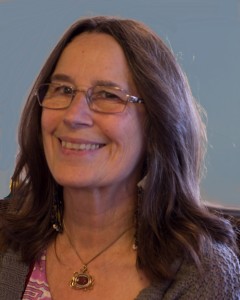 In 1995, community activist and poet Sandy Shreve put together a proposal for a new Poetry in Transit program in Vancouver. Her project has since been replicated in major cities across Canada. Poetry in Transit now displays B.C. poetry in SkyTrain cars and buses around the province. Opened in 2007, the Vancouver Transit Centre is the major hub for more than 400 buses, many of them carrying poetry.

Sandy Shreve coordinated the project for its first three years before handing over administration to the Association of Book Publishers of B.C. A transit survey found that 85% of riders had a positive response to the project. Its popularity, according to Shreve, speaks to the essence of what George Sand meant when she said that “anyone who draws noble delights from sentiments of poetry is a true poet, though he has never written a line in all his life.” Sandy Shreve’s initiative to have poetry on public transit in Vancouver was approved after the CEO of BC Transit had seen the New York Poetry in Motion project while he was visiting the Big Apple. That New York program had commenced in 1992 after London’s Poems on the Underground program had been started in 1986, sparking similar poetry-in-transit programs for Paris and Dublin. That’s how Vancouver became the first Canadian city to have an ongoing poetry program on public transit in 1996.

Sandy Shreve’s other ‘day’ jobs over the years have included communications manager, student advisor/conference organizer, secretary, library assistant, and reporter. She has won the Earle Birney Prize for Poetry and been shortlisted for the Milton Acorn People’s Poetry Award and the National Magazine Awards.

Sandy Shreve and Kate Braid co-edited In Fine Form: The Canadian Book of Form Poetry, a ground-breaking collection of distinct poetic forms (Polestar, 2005; 2nd edition: Caitlin, 2016). In the 1980s Shreve edited Working for A Living, a collection of writing by women about their work. She was a founding member of an informal women’s collective, SDM [Sex, Death & Madness].

Having been given her father’s 1936 diary from his days as an overseas deckhand on a Canadian Steamships freighter at age 21, Sandy Shreve spun the ‘found words’ into Waiting for the Albatross (Oolichan 2015). “Although I’ve fiddled and tinkered with Dad’s diary,” she says, “the poems I’ve written remain true to the experiences he described and retain his voice.” The diary contains a wealth of sea-going jargon and imagery, historical references, and the thoughts of a young man making his way in the world. Leaving from Halifax, Jack Shreve spent five months sailing from Halifax, down the Atlantic, through the Panama Canal, and across the wide Pacific to New Zealand and Australia before returning home.

“Poetry fascinates me,” says Shreve. “The math of it – that meticulous balancing of ideas, through image, metaphor and other devices; and the music of it – meticulous, again, that selection of words and their order until they sing.

“It’s the kind of fascination that makes it not just possible, but essential and delightful (even when agonising) to spend hours, days, weeks and more honing a poem until it’s as close to right as I can get it.

“Then, after all the scribbling and tossing away and starting all over again; after all the tinkering and tweaking – the relief (if I’m lucky) of still being moved by the finished work.

“As Horace said, ‘If you want to move me to tears, you must first feel grief yourself.'” In Fine Form: The Canadian Book of Form Poetry (Polestar, 2005). Co-editor.
Working For a Living (special double-issue of Room of One’s Own: 1988)