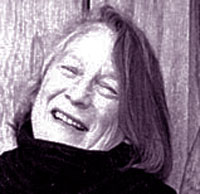 LOCATION: Loughborough Inlet, 150 miles north of Vancouver. A 22-mile stretch from Chancellor Channel and Cordero Channel to the mouth of the Stafford River. 50°31′ North and 125°32′ West

Helen Piddington’s The Inlet: Memoir of a Modern Pioneer (Harbour 2001) recalls how she moved to 35-kilometre-long Loughborough Inlet with her family in 1975 and has lived there ever since. She describes how she and her husband Dane first strapped possessions to the deck of a small boat, sailed north through rapids and set up camp in a derelict log cabin in the early 1970s.

The plan: Dane, a photographer, would have time for writing; Helen, an artist, would have more time for printmaking. The result? Dane became a prawn fisherman, logger and boom-man. Helen became a pig-farmer, barber, camp cook and gardener. The family raised chickens, ducks, turkeys and wild boar. The children did correspondence courses in the kitchen. With Piddington’s pastel illustrations, The Inlet also introduces characters such as the Three Old Goats-three bachelors who shared a trapper’s shack. One of the three was Baldie, who’d had all his teeth removed in WWI to avoid a toothache. “He gummed his way through life happily,” she recalls. “Corn on the cob and steak were his favourite foods.”

Axel Youngstrum was a deaf hermit who earned his living cutting shakes into his 97th year. “First thing each morning,” says Helen, “as a sort of starter fluid, he took a shot of rye… then sprinkled Absorbine Senior (horse liniment) on the floor and rolled in it. Thus lubricated, he was able to rise and go about his day.”

Axel’s shopping list at the Blind Channel store was always the same: large blocks of cheddar and blue cheese, tea, flour and a bottle of rye. “He ate venison too,” she says, “but made friends with deer who visited him. He had pillow fights with them in his house.”

The Inlet doesn’t leave out bear encounters. She once had to fend off four Grizzlies eating chicken feed on her porch. “I stood there leaning all my weight against the door,” she remembers. “From time to time one of the bears nudged against it. Could they smell me? Hear my breathing?” Her dog was sleeping obliviously on the floor. “I went back to the door clutching a broom and a can of pepper spray that said ‘press on red dot’ -only there wasn’t one.”

Helen Piddington is a printmaker and artist who studied at the L’Académie de la Grande Chaumiére in Paris and has shown her work around the world. Despite Grizzlies and kooky neighbours, Loughborhough Inlet is still home. “Take a piece of bread dough and jab all ten fingers in and down hard,” she says. “The depressions left give an idea of the coastline of B.C.” Loughborough Inlet is one of those fingers.

Review of author’s work by BC Stuides:
Rumble Seat, A Victorian Childhood Remembered